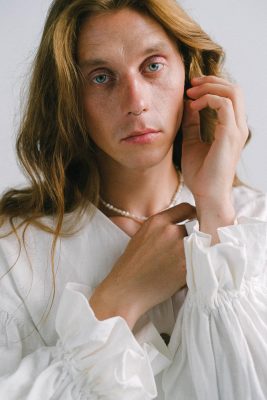 New York City is considered a city of dreams, where you can be yourself without fear of being judged by others. This is what made FFS NYC famous in many places. People who are part of the LGBT community specifically, transgender people from all over the world, flock to New York City. For now, New York is one of the places where you can get this surgery.

FFS refers to a set of procedures that allow for cosmetic changes to the face shape. The objective of the FFS is to transform male facial characteristics into a feminine shape. This procedure is also used by non-binary persons, transgender women, and cisgender women. Because they are more at ease with their skin, the patients will feel confident and hopeful.

Precisely what makes us human is our need to express ourselves via our unique personalities. Others lack a comparable external look, generating a sense of separation from their identity. This type of physical seclusion is expected in the transgender community. It affects anybody who is self-conscious about their appearance.

As time passes, technology becomes better and better. Better technology is made and is emerging nowadays. Thus, changing appearance has climbed up to new heights in the medical field. It’s now easier and more convenient to have your surgeries done. Facial feminization surgery (FFS NYC) is a process of both reconstructive and aesthetic surgeries. This is specialized to reshape or change a male physique into more of a woman’s. This includes altering and fixing some parts in the face, including the forehead, angled necklines, and whatever else the client or the doctor deem to need alteration. FFS NYC offers its clients the chance to be comfortable in their skin and be more confident of who they are.

How much does FFS NYC cost?

Historically, neither health insurance nor public healthcare has covered FFS. Some insurance, however, is starting to cover FFS NYC from a small group of surgeons.

Depending on the surgeon and the number of component operations successfully performed, out-of-pocket expenses for FFS NYC can range from $20,000 to $50,000 or more.

Insurers frequently classify FFS NYC as cosmetic surgery. On the other hand, FFS has a more significant influence on an individual’s emotional and social well-being than genital procedures like phalloplasty and vaginoplasty. As society becomes more conscious of transgender concerns, the medical profession gradually sees FFS as a necessary component of transgender treatment rather than something discretionary and optional.

How is FFS NYC performed?

There are various minor distinctions between masculinized and non-masculinized features that, when combined, tip the scales toward a face being perceived as male or feminine. Each area of the face is treated separately in the following procedures:

The forehead is contoured by shaving down harsh angles and decreasing the prominence of the brow bone in forehead treatments. So when brow protrusion is modest and the brow bone is substantial, the brow can sometimes be shaved down.

Shaving the brow bone too much might cause a hole in the sinus cavity. People with a more significant brow protrusion then require more extensive treatment. The front of the brow bone is completely removed in these procedures, revealing the sinus space behind it. The removed bone is then shaped and restored individually, resulting in a level surface.

Rhinoplasty, sometimes known as a nose job, is a surgery that reshapes the nose to conform to the demasculinized standards while maintaining natural proportions with the rest of the face.

Standard cosmetic rhinoplasty is the same as transgender rhinoplasty. On the other hand, a surgeon specializing in FFS NYC can sometimes provide superior results, significantly when many aspects of the face are altered simultaneously.

When just minor changes are needed, rhinoplasty can be done without leaving noticeable scars. An “open rhinoplasty” operation may be required when making more significant changes to the nose. This leaves a tiny scar between the nostrils, which is easily visible.

To combat the symptoms of receding hairlines or male pattern baldness, forehead work is sometimes combined with treatments to modify the hairline.

An incision in the scalp is used to get access to the forehead. Cutting along the hairline is the most popular method. It allows the scalp and hairline to be physically pushed forward, reducing the entire hairline. For several years, this was the only treatment accessible. Despite occasionally having a masculinizing impact, hairline advancement became the standard.

Hair transplants allow surgeons to focus on the portions of the hairline that require strengthening rather than advancing parts that aren’t as attractive. Other surgeons are gradually incorporating the coronal incision technique into their clinics.

Cheek augmentation is a surgery that isn’t as frequent as it once was. Only a few surgeons suggest use in specific circumstances.

Cheeks can be augmented through cheek implants or fat grafting. Once the redistribution of body fat by synthetic hormones starts, the cheeks usually become full enough on their own. Thus, there is no more need for a surgical procedure.

Genioplasty is the process of altering the chin. Typically, surgeons access the chin and jaw by incisions made along the gum line within the mouth.

Some chins necessitate chin reduction surgery. Bone and protrusions are shaved away and smoothed down during this surgery.

Chin augmentation may be recommended on other occasions. In this example, doctors cut a wedge off of the bottom of the chin bone. They then move it forward and reconnect it in the advanced position, away from the jaw. When necessary, a chin implant can be performed instead.

Adam’s apple is less noticeable after a tracheal shave. The incision is sometimes done directly at Adam’s apple. If at all feasible, the surgeon makes the incision slightly underneath the chin to minimize scars.

The rear corners of the jaw, where the bone rises toward the ears, are the target of jaw surgery. A surgeon can smooth severe protrusions. The reductions, however, have a limitation. A vital nerve is found in the jaw bone. Reductions that are too aggressive risk exposing or destroying the nerve.

Soft tissue treatments can be combined with the core, as mentioned above, FFS NYC procedures. This might involve the following:

However, in most cases, these alterations are not that relevant and fundamental in terms of how people perceive a gender of a face.

Interesting Related Article: “6 Reasons Why Plastic Surgery Is a Good Idea in 2021“