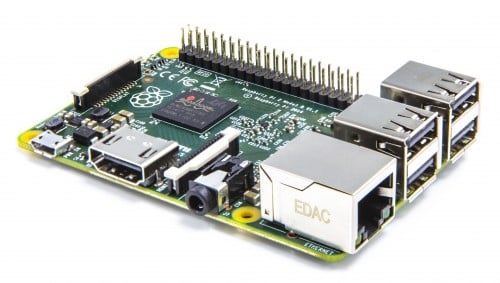 The Raspberry Pi minicomputer provides you with a relatively low-cost way of learning more about coding and computer science. Perhaps due to the low-key construction of the Pi itself, it also places little strain on the environment.

This is largely because the Pi relies on a very low-voltage micro-USB power supply, enabling the Pi to run itself especially energy-efficiently. Then there’s the fact that it should stay intact for many years to come, provided you take good care of it.

In-keeping with this green spirit, here are just a few Raspberry Pi projects you could work on if you are eager to do some good for the planet.

One particularly high-profile, Pi-based one has already been created: the AirPi! This was built by two students of the London-based Westminster School in 2013 as part of a competition to assemble a Raspberry Pi creation that would ‘make the world a better place’.

The AirPi costs just £55 to build and can record various kinds of data — including temperature, humidity, air pressure and UV levels — before uploading all of this information to the internet.

To make your own AirPi, you would basically throw together a Pi, a power supply, the required electronic components and an online connection — and then add sensors for capturing the particular data you seek.

According to some scientists mentioned by Computerworld, the UK will see, on average, 10% more annual rainfall by 2100. As a result, we can expect flooding incidents to become more common as climate change continues to take its toll.

To help yourself adapt to this kind of world, you could build your own Raspberry Pi flood monitor. This would be equipped with sensors so that, when flooding occurs, you can be alerted and then take precautions, such as protecting any valuable belongings especially vulnerable to water damage.

To make this flood monitor, you will need a Wi-Fi-enabled Raspberry Pi, a liquid level sensor and a real-time clock module.

As acknowledged earlier in this article, the Raspberry Pi consumes energy efficiently. However, it still ultimately needs some electricity — and, unless you use only a 100% renewable power supply with the Pi, it will probably continue to draw upon electricity generated by fossil fuels.

Fortunately, using just a Pi, a compatible solar panel, a power management board and a screwdriver, you can make an entirely solar-powered Pi.

Growing your own food rather than buying it would bode well for your eco credentials, as the food would not have to be transported to your home with a potentially gas-guzzling vehicle.

If you are unsure how you could use a Pi to develop a robot for use in sustainable farming, you could take inspiration from the Acorn, a ‘bot used on the 127-acre research farm of Twisted Fields in San Gregorio, California.

Tom’s Hardware discerns that the Acorn uses a Raspberry Pi 4, which you could buy from a specialist online store like The Pi Hut.

Interesting Related Article: “Raspberry Pi launches the cheapest computer in the world for only $5“