The Trump effect on the world economy in 2019 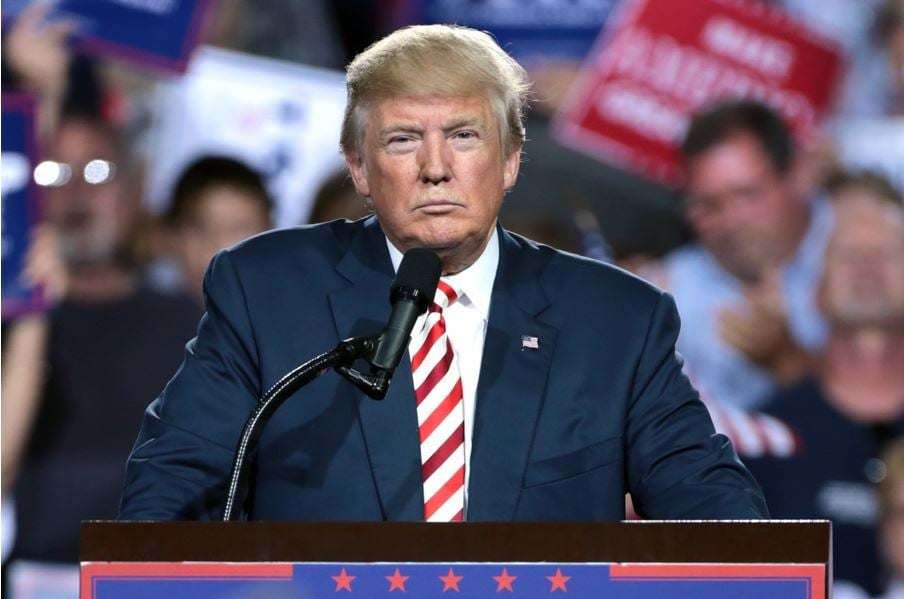 Has there ever been a US President whose policies and bold moves, whether you agree with them not, have had such a direct and swift effect on the world economy? Not afraid to take on anyone, Donald Trump’s America First economic strategy has already impacted the wider global economy – and threatens to do so much more in 2019.

Some measures have an effect on their own, but when they meet head-on, the results can be far more drastic and have wider implications. And with no sign of any dampening down of the inflammatory White House rhetoric, some financial analysts are worried.

Will there be a global crisis? Will stock markets and currencies crash and institutional investors run for the safety of gold? With so much market noise, anyone with even a basic awareness of how these things work can begin to make some accurate predictions about how the markets will move. Sensible investors are hedging their bets.

The trade war with China

Mr Trump ripped up the rule book by tearing apart a number of trade deals that have stood for many years. And he didn’t just pick on weak opponents. First and foremost in his sights was China. Last year he placed tariffs on $200 billion of goods imported to the US from China.

There was one immediate effect that was not difficult to predict – China hit back with tariffs of its own on US goods. When the world’s two biggest economies clash, the fallout doesn’t remain local.

The US President isn’t just taking on China. He’s drawn up a new US-Mexico-Canada Agreement and is being tougher on a US-Europe trade deal, both measures that have already caused issues.

And if and when Britain goes it alone from Europe after Brexit, there’s no imminent hope of a beneficial trade deal with the US. Britain might end up outside the EU, but if its economy collapses, it also threatens the likes of Germany, which is already seeing its economy slide. And some European countries are already on the brink, including Spain, Italy and Greece.

Donald Trump made no secret in 2018 that he resented the fact that the price of oil is so high. In fact, at the time it was still well below the $100+ a barrel levels of 2014. He has issues with oil-producing countries of OPEC pumping out excessive profits and looks to strengthen sanctions on Iran. What’s clear is he has a lower price in mind, something that can be swallowed up by increasing production in the States. This might be agreeable to allies like Saudi Arabia if the pressure continues to be applied to Iran.

But while the US might be able to stomach lower oil prices, it would have a significant impact not just on some OPEC member countries, but smaller economies of the likes of Canada, and as has recently been in the news, the financial crisis in Venezuela.

The dollar remains strong, but for how long?

The US Dollar has climbed against major currencies for months now, and that’s in no small way down to the Federal Reserve raising interest rates four times in 2018. There may be more hikes on the horizon in 2019, but Mr Trump is keen for the dollar price to fall, which would have the effect of limiting imports and boosting home-grown manufacturing.

But while that might be a good thing for America, it will have a severe impact on countries that export goods to the US. Further, a plunging dollar will send nerves jangling and could trigger a confidence crisis.

The major currencies are the currencies most people use when determining the value of a local currency. They are the most popular currencies for transactions globally.

Will stock markets fall, and investors flock to gold?

While the situation is fluid, it’s clear there are dark clouds forming around the world: if it’s not the US-led trade wars, its fears of falling oil prices, something that would only be made worse by a slow down in the world economy, with industry requiring less oil to function.

If stock markets begin to slide in 2019, there could well be a trigger point that sees the slide turn into panic. Then there’s little anyone can do until the price crash bottoms out. What is clear is that investors will run for the hills, buying into safe commodities like gold.

Savvy individuals and institutions might already be upping their holdings in gold now in anticipation of the price rising. Some analysts believe the XAU/USD pair could reach $1480/ounce by the third quarter of 2019.