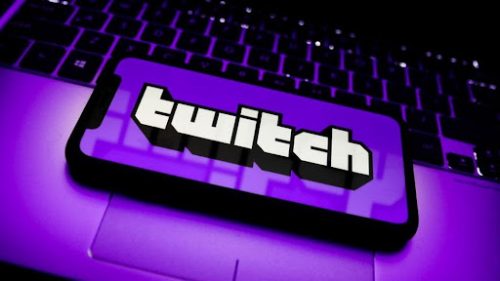 According to a Statista report, the number of active video gamers has risen from 1.99 billion in 2015 to a staggering projection of 3.07 billion by 2023. The millennials who grew up as video game lovers have aged into the most active spending demographic in the economy, and their love for video games has persisted. Gen Z has been raised on video game culture, and Newzoo reports that 80% of Gen Z and millennials play video games. Essentially, video games are everywhere, they’re beloved by the youngest and most desirable demographics, and they’re only growing in popularity.

But people don’t just enjoy playing video games anymore. There is an entire culture built around content centered on video games. Esports is a rising global phenomenon that features the highest level of video gamers competing against each other live, often in sold-out stadiums. Rather than just playing games, people want to watch the best of the best play games.

One platform that has both accommodated and fueled this desire is Twitch. Twitch is a content streaming platform that allows users to subscribe to and watch live videos from a massive variety of creators. While it provides music, entertainment, and sports broadcasts, it is mostly utilized as a video game live-streaming platform.

Twitch was launched in 2011 and purchased by Amazon in 2014 for $970 million. Its revenue has steadily grown every year, from $0.1 billion in 2016 to $2.5 billion in 2020, with advertising and subscription revenue fueling its growth. According to the Business of Apps, there are currently 9 million different user channels that actively stream, and in 2020, users watched 1.86 billion hours of content per month on the platform.

Twitch is the biggest streaming platform for gaming, a hub that is increasing in popularity every year. It is host to many of the biggest names in the video game business. While many of these figures haven’t achieved “mainstream popularity,” the biggest video gamers are massively impactful figures with hundreds of thousands to millions of followers, devoted fans, and serious endorsement power.

Because Twitch is home to such a massive group of different video games and streaming celebrities, it is an intriguing avenue for influencer marketing. The biggest influencers on the platform have millions of followers and massive potential to promote products. There are currently four different channels on Twitch with over 10 million followers, including that of Ninja, a video game superstar with 17 million followers who has appeared on the cover of ESPN Magazine.

Influencer marketing through Twitch isn’t as fleshed out as with platforms like Instagram and YouTube, but it is a rising way to market that brands should start seriously considering. It requires brands to get in touch with streamers that they want to promote their product. Brands can get influencers to do product unboxing or demonstrations, shout-outs, promotions, and other video-based endorsements.

This would only be recommended for businesses targeting the type of people that are frequently on Twitch. Twitch users skew young, typically between the age of 16-34. According to Backlinko, 73% of Twitch users fall in this demographic. As well, they are primarily male, with men making up 65% of Twitch users.

Much like other forms of influencer marketing, brands can choose the type of influencer they want to connect with on Twitch. There are mega-influencers like Ninja, who have massive platforms, and an endorsement can make serious noise for a business. However, acquiring the services of a massive social media celebrity like this will cost a ton of money.

There are also nano-influencers and micro-influencers, people with limited followings, typically in the few-thousand subscriber range. These content creators may not have the same reach as other major influencers; however, they still have a large audience of interested followers and present a much more affordable, high-upside option for businesses.

Twitch influencer marketing is still very much in its early days, and many marketers have yet to prioritize it. According to a MediaKix poll, only 6% of marketers labeled Twitch as an important channel for their influencer marketing. However, it is on the rise and a major avenue worth monitoring.

Influencer marketing is a constantly evolving industry with major opportunities for businesses willing to be on the cutting edge. While Twitch isn’t anywhere near the level of Instagram, YouTube, or even TikTok as a social media marketing priority, it is a constantly growing platform with a unique viewership demographic.

If Twitch’s users align with the type of people you want to target, influencer marketing through the many talented streamers on this platform can be a significant boon to your business. A willingness to try new platforms and develop your influencer marketing strategy in exciting directions will always be a worthwhile pursuit for businesses.