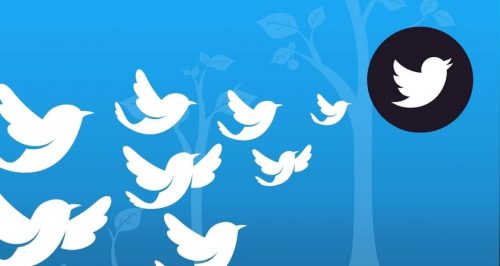 Twitter has become a major technology platform to follow the NFT trend. It has introduced a new feature that allows some of its users to set their owned NFTs as profile pictures. It is an opportunity for them to showcase their investment in the new digital art space.

Non-fungible tokens or NFTs are unique digital collectibles designed to be traded on the blockchain. The technology has been here for some time, but it is only recently that its popularity has increased. Recently digital artworks have been sold for millions and the trend has attracted, celebrities, artists, and companies.

Some of the characters from the ‘Bored Apes’ collection are NFTs and have increasingly become user avatars on Twitter. Twitter’s new feature will be available to premium subscription users on the platform. It works by verifying a user’s NFT ownership by linking the digital wallet holding the NFT and the Twitter account.

Besides, the images will look different from normal profile pictures. The normal avatars are a circle, but NFT avatars are a hexagon. When someone clicks on them, they can get additional information including the creator and listing details.

Twitter launched this feature while other social media giants are working to secure their footing in the growing NFT ecosystem. Facebook’s parent company, Meta is said to be working on creating an NFT marketplace on Facebook and Instagram.

This is also the first time that Twitter has entered the world of decentralized technologies. Former Twitter CEO, Jack Dorsey, had previously announced that Bitcoin will become a significant part of the microblogging site’s future. Last September, Twitter began allowing its users to tip creators with the cryptocurrency.

Besides, Twitter had also announced last year the formation of a crypto team focused on cryptocurrencies and blockchain technologies. The introduction of the new NFT profile picture feature is currently limited to Twitter Blue subscribers that use the iOS platform in certain countries. However, the avatars will be visible to all Twitter users.

In 2022, some artworks of the famous Spanish artist, Pablo Picasso, will be transformed into NFTs. This includes more than 1,000 digital art pieces of his ceramic works. These art pieces have never before been revealed to the world. The initiative is being taken by the artist’s current family members including granddaughter and great-grandson.

Currently, only a small glimpse of the artwork has been displayed publicly. According to the family, these are family heirloom pieces and some of them date back to 1958. The family intends to build a bridge between the world of fine art and the new NFT world. The release of these never-before-seen art pieces on the NFT domain is seen as a way to honor the artist’s legacy.

During the famous painter’s 140th birthday, around a dozen Picasso art pieces were sold for over $109 million during an auction in Las Vegas. A single piece called Femme au beret rouge-orange was sold for a staggering $40.5 million. It was initially expected to get something between $20 million and $30 million.

According to reports, a part of the proceeds will be directed towards charity purposes. One of the charities is focused on addressing the need for more nurses. Another contribution will be made towards an NGO that is focused on reducing atmospheric carbon.

Interestingly, the Pablo Picasso NFTs will be offered with music compositions from Florian Picasso, the great-grandson of Pablo Picasso. The music is developed in partnership with artists John Legend and Nas.

Twitter’s foray into the NFT world and Pablo Picasso’s artwork entering the NFT space seem to be major boosts for the technology. These developments are expected to attract more investors and enthusiasts into the world of NFT, as these technologies get greater recognition of legitimacy. You can use platforms like Bitcoin Digital to buy and sell NFT and cryptocurrencies. This includes both retail and institutional investors. Apparently, 2022 has the potential to make things even bigger for cryptocurrencies, blockchain, and NFT technologies.