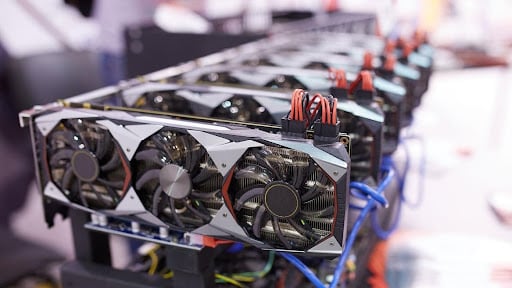 Traditionally, the global monetary system empowers banks and states to print coins and notes. This is different in the cryptocurrency world, where mining is the means of “producing” cryptocurrencies. Digital currency mining allows individuals to own the crypto, without having to buy it. Are you interested in having answers to recurrent questions like:

This article discusses key things you need to know about cryptocurrency mining.

What Is Cryptocurrency Mining?

When we talk about cryptocurrency mining, we mean the use of a computer to solve complex arithmetic problems and then generate a cryptocurrency. The basis for cryptocurrency is a technology called the blockchain. It stores entries (in this case crypto transactions) in a long list that comprises blocks. To ensure that this process continues to work, further blocks must be generated by mining the cryptocurrency. New coins are subsequently distributed each time and are credited to successful miners.

Mining is the “calculation” of cryptocurrencies such as Bitcoin, Ethereum, or Dogecoin: Instead of buying such currencies by exchanging euros, you use your computer to “mine” new coins.

Anyone who wants to mine cryptocurrency inevitably needs a computer that is equipped with hardware that can quickly perform arithmetic operations.

What Hardware Is Required In Cryptocurrency Mining?

The manufacturers of graphics cards, desktop PC mainboards, hardware accessories, and housings are eager to serve the mining trend. Essentially, the special components aim to integrate as many graphics cards as possible. The  NVIDIA GeForce RTX 3060 TI, which performs around 60 mega hashes per second (MH/s), is an example of high-power hardware for cryptocurrency mining.

The major component for mining the cryptocurrency is the miner, which is a powerful graphics card or an ASIC. Initially, CPUs were also used, but they did not offer the hash power that mining hardware should have.

ASICs are special computers modeled to mine cryptocurrencies. A good example of ASIC hardware for mining is the Antminer from Bitmain, a powerful device from the series is the S9 or the Avalon ASICs from Canaan

GPU mining entails using the graphics processing unit of a computer to solve complex math problems and verify electronic transactions on a blockchain. Nvidia graphics cards are an excellent investment ideal for mining. The graphics card is expensive, but the performance and power consumption are in good proportion.

AMD is another alternative. Radeon RX580: is one of the most popular models from AMD and is often out of print. You can check out Topiacoin.io to read more on the best GPU out there for mining.

Cryptocurrency mining depends on a few factors you must consider, such as your electricity bills, the cost of the associated hardware, and other variables:

The cryptocurrency mining hardware has a lot of rules to pay attention to. It is an advantage if the miner stands free and does not have a case, because it needs a lot of ventilation. You may invest in a very good cooling system and power supply. The power supply unit in particular must be able to convert a large amount of current without being damaged.

You may be interested in: What is cryptocurrency mining and how does it work?