What Type of DBS Check is Right for Me?

There are many reasons why you might want to get a DBS check done. Most often, people will apply for a DBS check because they need one for a new job. Others want some sort of character reference, to prove they are an honest individual who has a clean record. Others need to prove their criminal record is clean to emigrate to another country. So how do you work out what type of disclosure check you need?

One of the main constraints when applying for disclosures is the limit on what you can do as an individual. Disclosures are a legal document, and there are lots of rules and regulations about how they operate. This isn’t something which is up for negotiation; in some cases, it’s a criminal offence to try to get a disclosure you don’t need. 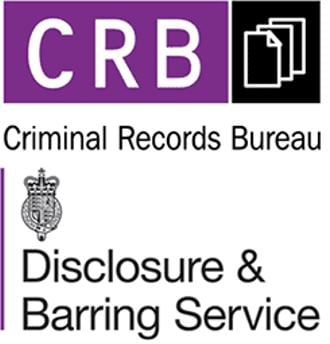 A basic disclosure as explained by https://crbdirect.org.uk/, is what is often referred to as your current criminal record. In the UK, as in many other countries, there is rehabilitation legislation which means that after a set period of time, you don’t need to disclose old offences anymore. These are crimes or cautions which are considered “spent”.

The length of time it takes before something passes into the spent category depends on the type of crime and how old you were when it happened. You can apply for a basic disclosure check at any time to prove you’re telling the truth about your record. Employers don’t usually ask for a basic disclosure for staff. Many people who are self-employed and not entitled to other levels of disclosure opt for this type of check as verification of good character too.

These levels of disclosure are more detailed and might show up offences that are considered spent under other circumstances. You can only get a standard or enhanced disclosure if you are in a job that requires one.

The process for getting a disclosure in these circumstances is normally driven by the employer. They tell you what level of disclosure you need, then help you with the form filling, proving your identity, and getting the certificate at the end of the process.

Standard and enhanced disclosures might also be appropriate for volunteers. Most of the jobs which need enhanced or standard disclosures involve working with people classed as vulnerable, or with some degree of financial responsibility.

Proof of Right to Work

Anyone who has applied for a job recently in the UK will be familiar with the “right to work” checking. This is a government initiative trying to make life difficult for people who are in the UK illegally. However, a DBS certificate won’t be accepted as proof in this situation. The right to work is not about checking someone’s criminal record.

Right to work requires proof of two things: that you’re in the UK legally, and that your visa gives you working rights. This is automatic for anyone with a UK passport, and until the Brexit process completes, to anyone with an EU passport too. It’s a bit more complicated for people who are from outside the EU. They need the correct visa in their passport to get work legally in the UK. DBS certificates don’t make any comment at all about the holder’s immigration status in the UK, or their right to live and work.

The opposite scenario is needing a DBS check to move overseas. Some countries will ask for a police certificate or statement of good conduct as part of the application process. Although this might sound like a DBS certificate, and contains a lot of the same information, you can’t get a disclosure for this reason either.

So if you’re planning on emigrating to Australia and have an enhanced DBS certificate, there’s no short cut to getting a Police Certificate. And even worse, you’ll have to pay an additional fee to get one too.

If you live in Scotland or Northern Ireland, the DBS checks won’t cover you either. This is because there are different systems in this part of the UK because of differences in legal systems. Even if you’ve only been living in Scotland for six months, you still have to apply through Disclosure Scotland as your current address is Scottish. The same rules apply to AccessNI.

There will be space on forms for you to detail your previous addresses, wherever in the world, you have been living.

Recently Arrived from Outside the UK?

If you’ve only been in the UK for a few weeks before landing a new job that needs a disclosure check, this can cause even more complications. There’s not much point running a check through the UK police computers for someone who has only been in the country for a matter of weeks. In order to get around this, employers might ask for the equivalent to a DBS check from the employee’s home country.

Each nation has its own way of running background checks, and each country has a different name for them too. Applicants might be asked to organise a police check in their home country before coming to the UK. If this hasn’t been done, that country’s embassy in the UK will be able to help.

Timescales and costs for getting overseas DBS checks can vary hugely. For this reason, large NHS trusts recruiting doctors, nurses and similar health professionals from overseas will make sure all the paperwork is in place before making a job offer. Often, having a police check and a firm job offer is a condition of getting a work visa too.

Interesting Related Article: “What is a Lawyer?“