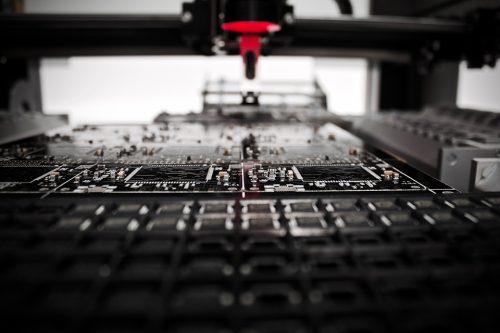 President Biden recently signed the CHIPS and Science Act into law: $52 billion legislation designed to strengthen the U.S.’s leadership in the area of science and technology innovation. “CHIPS” is short for “Creating Helpful Incentives to Produce Semiconductors” and the Act will subsidize the country’s semiconductor industry. In turn, recent chip-related shortages across a host of industries, including weapons, cars, and consumer goods, are expected to come to an end.

“This legislation is going to create good paying jobs, it will alleviate supply chains, it will help lower costs, and it will protect America’s national security interests,” comments the Senate’s Democratic majority leader, Chuck Schumer. “If we had not done this, there would not be another American semiconductor manufacturing plant ever built in this country,” Senator Mark Warner also noted. In particular, Warner said the bill would help finance at least 10 to 15 new semiconductor factories in the U.S. To help end shortages, cost-effective and efficient manufacturing plants are now more important than ever. The use of roller conveyors, in particular, is important for quickening the production flow of goods, while eliminating product damage.

Global demand for chips is at an all time high — and this trend is only set to continue with the increasingly proliferation of smart devices (there’s expected to be 350 connected devices by 2030). The global semiconductor market is also set to grow by 16.3% in 2022. Semiconductors were particularly hit by pandemic-related supply chain issues, and most U.S. car manufacturers didn’t have the chips needed to maintain production — resulting in a current shortage of around 100,00 new vehicles. As such, the cost of used vehicles is up by around 12%. Fortunately, the CHIPS Act will solve these supply chain issues, as well as encourage new semiconductor manufacturing plants to pop up around the country.

Despite widespread support, the bill took well over a year to come into fruition. Pressing issues, including supply chain issues and competition with China, therefore motivated the bill’s supporters to frame it as an issue of national security to speed up the process of signing it into law. They explained that the manufacturing of chips is essential for military equipment as well as consumer goods. Additionally, Senator Mark Kelly noted that U.S. vehicle manufacturing would cease and Gross Domestic Product decrease by 10% if the country couldn’t get a hold of Tawinese chips. As such, Biden encouraged the House to pass the bill without delay. On the other hand, Senator Bernie Sanders voted against the bill essentially calling it a “blank check” for lucrative microchip and semiconductor companies.
“As Americans are worried about the state of the economy and the cost of living, the CHIPS bill is one answer: it will accelerate the manufacturing of semiconductors in America, lowering prices on everything from cars to dishwashers,” President Biden commented in a recent statement after the bill was signed into law. At the moment, lawmakers are also addressing other ways to strengthen the supply chain and eliminate any other weakness.

Interesting Related Article: “What are the jobs defined as manufacturing jobs?“