UK Meds – A Contrast to the Struggling Drug Market in Asia 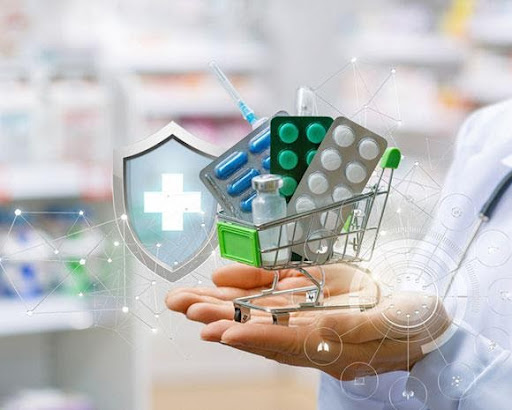 There has been a sharp increase in online consultations and prescriptions in the world right now because of COVID-19. Possibly due to convenience, there’s been a dramatic surge in the online pharmacy business and overall telehealth technology. The awareness of these advanced systems of modern healthcare was quite slow especially in the developing countries of Asia. This fact is in contrast to the developed countries of Europe and America where telemedicine and online prescription business has already taken a fight. Companies like UK Meds are examples of this new trend in health businesses.

Comparison of this company with the Asian drug markets

If a comparison is made, the drug markets of Asia have been lagging behind in many ways. There are serious loopholes in the Asian drug industry’s manufacturing, procurement, supply chain, and quality control methods in countries like India, Pakistan, Sri Lanka, and some other parts of Asia. This can be seen looking at the statistics which shows the percentage of counterfeit and substandard drugs are 10% in South Asia – WHO, 2017.

These statistics are striking as they show it is common in almost every sector of the drug market there. One of the most important aspects of this is the corrupt and unchecked distribution system. In contrast, European companies like UK Meds have a strong check-and-balance, and the distribution system is based on online records. Hence, the loopholes are either detected easily or fixed, or they are not present at all. On the other hand, Asian markets have been prone to have smuggled drugs or substandard addiction drugs that have made it easy for pharmaceutical companies to make profit in unscrupulous ways. According to the Times of India, “more people have died of consuming counterfeit drugs than those who have died due to terrorism in the past 40 years” – Anil Sinha (ex-CBI Director).

Problems with the Asian drug markets

Apart from the conscious and planned methods of supplying low-standard drugs, there are some other ground-realities that make the business of counterfeit drugs soar in Asia. For instance;

The Asian market also has a number of government-level inadequacies that make it easier for such systematic groups to thrive. It is the weak check-and-balance and transparency system in the third world that can be fairly blamed for this tragedy. Many cases have been found in which the government officials were involved in this corrupt business, hence, the inaction to counter this menace seems likely. Strong laws and their implementation seem a distant dream although almost all developing countries have written rules and regulations for healthcare businesses.

The drug distribution system in Asian countries is mostly inconsistent and disintegrated. One of the reasons for this fragmented supply is the presence of many intermediaries between the distributors and the patients. These intermediaries represent different levels of society according to the income categories. For instance, private hospitals have a high ratio of imported drugs while government hospitals have cheap and local drug demand. Hence, there is an overlapping flow of drugs in the market for public and private healthcare systems. Also, NGOs also have a role in promoting a mixture of both categories of drugs instead of a single one.

There is a problem of SALTING i.e. mixing of the fake and real drugs and selling them on raised wholesale prices to the distributors. Through this method, fake drugs get disguised as real under the same labels. This process is undergone in the USA as well however it is more subtle than the Asian markets. The whole vendors in Asian markets are like drug lords who control the supply by overhauling it and compelling the pharmaceutical companies to buy their products at high prices. Companies like UK Meds of England have been working on eliminating this unregulated method of salting and wholesale vendor blackmailing. The NHS of the UK has also been quite verbal about this issue for a long time now.

Being a place of developing countries, Asia has a big NGOs culture. These NGOs are mostly funded by developed countries, especially in education and healthcare spheres. They are responsible for providing free and donated drugs to the healthcare institutes. However, through pilfering and drug theft, the complicated web of intermediaries in the distribution system makes it possible to resale the stolen drugs. Hence, the free of cost donated drugs are sold to the pharmacies on regular or increased prices.

Being among the poor countries, Asian drug markets tend to have a long list of unregistered and unregulated pharmacies. These are often the ones that make the illegal drug business thrive. Due to inaccessibility and poverty, poor people tend to buy easily available cheap drugs hence due to this, the illegal market’s profit. Mostly, illiterate and poverty-stricken people also have no awareness to distinguish between the patent products and the non-patent ones. Hence, “lack of education and poverty indirectly affects people by making them consume fake drugs without knowing that they could kill them” – NCBI

Summing up the discussion, the overall condition of the Asian drug market is quite gruesome as compared to the markets in the developed countries. The pharmacies of the USA, UK, Canada, Australia, etc are more regulated and steady and the UK Meds is among the top pharmaceutical sellers in the region. The Asian markets, on the other hand, have many problems in the way including government inaction, disrupted distribution system, wholesalers’ control, pilfering, and presence of unregistered pharmacies. Hence, by addressing these issues, Asian countries can make their drug markets safe, clean, and reputable.