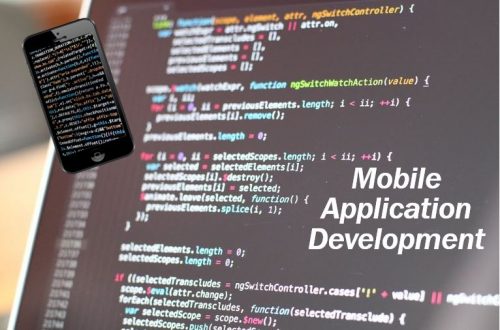 Android is the name given to the operating system used by many of the world’s top smartphone and tablet companies, including Google and Samsung. The software has many applications beyond this: game consoles, digital cameras, and some TV systems are also built using Android OS. An operating system controls all of the software and hardware of a program, as well as the user-facing interface. Without an operating system, you simply wouldn’t even be able to turn on a device.

Google owns the Android operating system, having bought it in 2005 for approximately $50 million. The investment certainly paid off; Android has outstripped Apple’s iOS in terms of global market share since 2012. People who are not particularly familiar with the tech industry often express surprise at this statistic, assuming that no one comes close to competing with Apple’s mass popularity.

One fact that may explain the situation is that Android is an open operating system, meaning anyone can access the source code and modify it to suit their needs. This provides those working in Android application development with increased freedom and room to stretch their creative muscles. iOS and Windows, on the other hand, are closed operating systems, with Apple and Microsoft having complete control over how you use their technology.

That’s not the only difference between Android and iOS. The two are often held up against each other, particularly given the fact that they now account for close to 100% of all operating systems worldwide.

To start with, apps built for iOS are available only on the App Store. Apple has complete control over the type of software available on their server and they take user experience very seriously, meaning you are unlikely to come across any app that will do damage to your system. Android apps, on the other hand, are available on the official Google Play Store but can also be downloaded from other third party providers. There is (perhaps anecdotally) an increased risk of your device being infected with a virus or malware on the Android operating system.

Features that are exclusive to Apple devices including iMessage, AirDrop, shared WiFi passwords, and iCloud, the latter of which makes setting up new devices incredibly easy.

The biggest difference between the two systems is the tools and resources used to build applications. Android apps are not available to be used on iOS devices and vice versa. Android application development is a completely different process to building for Apple’s operating system.

To build an Android app, you need to start by downloading an IDE — or integrated development environment. Think of an IDE as a tool shed. It contains absolutely everything you need to build your Android app.

There are quite a few different Android IDEs, the most popular of which is probably Android Studio. Android Studio is Google’s official Android application development software. In addition to an IDE, you’ll need to get your hands on the Android Software Development Kit (SDK), which contains all the tools you need to build your app.

The next step that you (or your development team) will make is choosing which programming language to use. When it comes to Android application development, you will most likely be deciding between Java and Kotlin. Java was long the number one choice for Android developers but the far newer Kotlin surprised many when it was announced by Google as the official Android programming language in 2019.

Once all the tools are assembled, you can begin the process of planning and designing your app. If you’re working alongside a development team, they’ll likely ask you a number of questions to really hone down your target audience and how you evisinge the app functioning. They’ll present you with design options, discuss user interface, and help translate your brand into an Android experience.

Once the planning is complete, it’s up to the development team to make your app a reality. This process generally involves quite a bit of back and forth between the client and developers. The app also needs to be tested extensively to ensure there’s no bugs or security holes.

Before your app is officially launched, it can be a good idea to discuss marketing and promotion with a digital marketing team. The Google Play Store is incredibly competitive, with millions of apps competing for users time and money. In order to satisfy clients, any company that provides mobile app development in Melbourne should also be able to tailor advertising strategies to increase the likelihood of an app attracting the attention of relevant customers.

Android application development is a complex process with unlimited possibilities; speak to a professional development team today to learn more and start planning an app that will see increased leads and online customer engagement.

Interesting Related Article: “Why Your Business Needs a Mobile App“