Since the pandemic of coronavirus has started, it has resulted in fatalities worldwide. People around the world have been struggling with physical and mental health. Coronavirus may have affected the health systems of the nation, but it has also affected the economy widely. Several countries are struggling to build their economies back and generate revenue to compensate for the losses incurred during the pandemic. 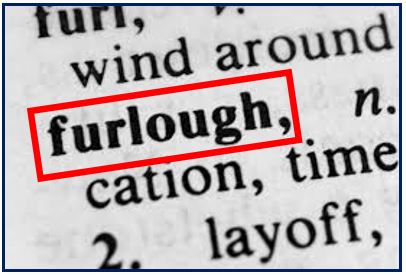 Most of the people have lost their jobs, which caused the unemployment rate to shoot up. This was because companies did not have the resources to pay salaries to their employees, so they had no option other than firing them.

What is the Furlough scheme?

Looking at the condition of employees who lost their jobs, the UK government introduced a furlough scheme for such employees. In this scheme, Her Majesty’s Revenue and Customs shall provide grants to furloughed employees (employees on unpaid leave without any salary but may be retained later).

Along with this, two more schemes started named Coronavirus Job Retention Scheme (CJRS) and Self-Employed Income Support Scheme (SEISS). This scheme majorly relied on a ‘process now and checked later’ basis. But due to this scheme by the UK government, a number of people tried to write to employers and claimed money for their lost jobs.

Most of the employees started exploiting the mechanism of the system. There are always people who try to take unfair advantage of the situation. In this situation of pandemic also, a lot of people have tried to claim too much money from their employers because there was neither check nor compliance regarding the money claimed.

The objective of the Furlough Investigations is to assess and analyze the amounts overclaimed by the furloughed employees from their employers and penalize them for exploiting the CJRS and SEISS of the UK government. The government is also making full efforts to recover the claimed money from people to indemnify the costs incurred for the scheme.

CJRS and SEISS have helped a lot of businesses and employees to survive through the pandemic, but several people have committed frauds. In this view, HMRC has initiated furlough investigations of employers and employees by collecting useful information from companies. These investigations shall help the companies to identify over claimed payments made to furloughed employees. There is a potential fraud done by the employers in the following circumstances:

HMRC has been working diligently to find out the employees who have misused the scheme for personal benefits. HMRC has provided other services also as a part of furlough investigations to provide better assistance. If you are a furloughed employee, then it is your responsibility not to overexploit the resources of the nation.

However, even if you have claimed too much money, then you can go through the guidelines provided by the HMRC here in which you can check what you should do next. It is easy to notify the HMRC through the whistleblowing scheme as well for reporting any kind of misuse of the schemes.

Review all the claims from employers

Businesses have started to worry more since the HMRC furlough investigations have laid down that there have been more than 6000 cases of fraud. But you don’t have to worry if you have provided grants and payments to your employees diligently. To ensure that your claims are adequately provided, you can follow the below-mentioned steps: