Understanding Insider Trading And Why You Should Avoid It 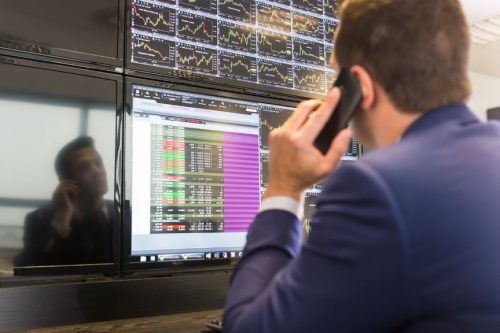 Insider trading is frequently in the news, with stories of traders making vast sums of money through buying or selling securities, using information that most other investors can’t access. But when these stories make the news, they almost always feature said trader also being arrested, banned from trading, hit with heavy fines, and maybe starting a prison sentence.

Except in certain specified circumstances, insider trading is illegal, and both the courts and the public take a very dim view of those caught red-handed. But many in the industry insist it shouldn’t be a crime at all, and innocent people are being punished for no good reason. So just what do you need to know about insider trading, and why should you only make trading decisions based on information in the public sphere?

Get the facts straight

Any responsible investor does thorough research before buying or selling. When choosing a broker, you’ll look for independent, informed opinions like this Admiral Markets review before deciding which one is right for you. Similarly, you’ll gather all the publicly known facts about a company or an asset before you start trading. So, if you get information that isn’t widely known from someone who works at a company, shouldn’t you take that into account as well?

Insider trading is defined as buying or selling securities based on information that’s not in the public realm, and it is currently illegal in most countries. While undoubtedly some insider traders don’t get caught, by participating in this activity, you are taking a huge risk that could lead to you being banned from trading, losing your job, having to pay severe fines, and maybe even going to jail.

The other reason not to trade with confidential information is that it’s unfair. To some extent, trading is a game with rules that everyone agrees to abide by, and insider trading is cheating. You are exploiting an unfair advantage over other traders, and this reduces confidence in the market and can hurt the companies concerned.

Some insist that insider trading is a victimless crime, but there are winners and losers in every unfair trade. If you buy a stock at a price lower than its real value, someone else has unknowingly sold their stock for less than it is worth. Equally, if you sell just before the value of your stock plummets while knowing that this is about to happen, someone else has unknowingly bought a dud. This is not just “the risk you take” as you have knowingly conned the buyer or seller who doesn’t have the same information as you.

Insider trading, when found out, discourages ordinary people from participating in the markets and therefore makes it harder for companies to raise capital. It favours the well-connected trader over the average investor and encourages the belief that the markets are rigged and that the financial system is corrupt. As finance relies on people believing in its value, this loss of faith is potentially disastrous.

Make sure you only trade based on publicly available information. It may be tempting to follow an insider tip, but it’s really not worth it.