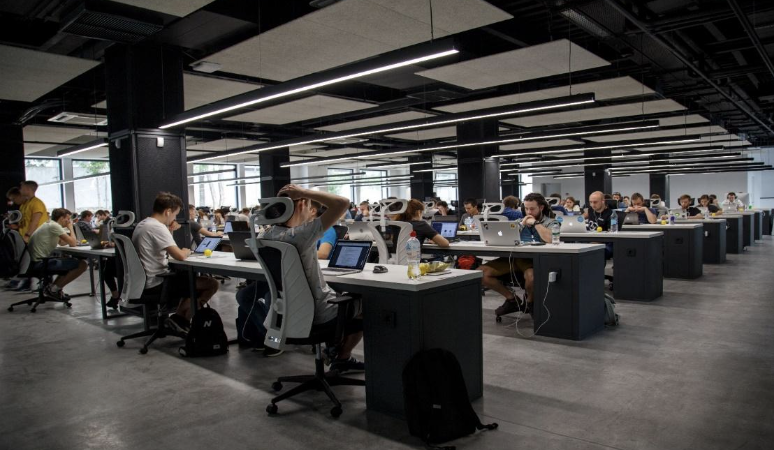 At first, the Unite Here union’s Local 54 members were to decide whether to give their negotiating committee the authority to declare a strike.

A “yes” vote would not result in an immediate strike. It only gave the union’s bargaining team, which is made up of employees from all nine casinos, the authority to declare a strike whenever they see fit. However, on that night, the strike was approved.

In 2021, gambling revenue in the US reached a new high. According to the American Gaming Association, nearly all states that allow commercial gambling is running far ahead of where they were in the first few months of the previous year.

According to the AGA, the gaming sector in New Jersey generated $1.6 billion in revenue in the first four months of 2022, a 19% increase over the prior year.

Online casinos in New Jersey have also contributed much of the revenues collected. These casinos have attracted a huge following based on the various incentives that they offer.

These include welcome bonuses, no deposit bonuses, as well as promotions. As a casino player, it is in your best interests to find the best online casino in New Jersey. Some of them have been highlighted in more detail here. Learn how they work and how to join them if you enjoy playing casino games.

Five Atlantic City casinos’ unionized employees overwhelmingly approved a strike, setting up a labor dispute that may shut down a famous tourist destination on the East Coast just as the summer travel season is getting started.

On the evening of June 25, Unite Here Local 54 said that 96% of the employees from five of the city’s venerable casinos—Caesars, Tropicana, Harrah’s, Borgata, and Hard Rock—who cast ballots supported a strike.

The union intends to resume talks, but the permission for a strike shows that they are ready to leave if a deal cannot be reached by the deadline day. According to a union spokesman, 10,000 workers—or a sizeable portion of the city’s hospitality workforce—would be impacted by a strike.

Email inquiries for comment from press officers at Borgata, Hard Rock, and the parent business of Caesars Entertainment, which also owns Tropicana and Harrah’s, went unanswered. A spokeswoman for the New Jersey Casino Association noted that the strike is a property-by-property matter and directed inquiries to the specific casinos.

Development in the Revitalized Labor Movement

The authorization for a strike is the most recent development in a revitalized labor movement. In the last 18 months, unions have been pushing for stronger contract conditions in the face of robust corporate profits and labor scarcity.

In addition, the rising costs of necessities like food, gasoline, and rent have increased the demand on businesses to provide workers with assistance with living expenses.

The labor issues are set against a convoluted economic background. After a pandemic-caused collapse in 2020, the hospitality business sprang back to life last year. However, there is now increased worry because many economists are predicting a recession.

Negotiations to Be Underway

The Washington Post spoke with casino employees, who expressed their hope that their bosses would come back to the negotiating table to avoid having to leave. At a time when living expenses have increased significantly, they have been pushing for better wages.

To stop the casinos from contracting out their services to outside businesses, they are also seeking new contract safeguards.

Caesar’s doorman, Edward Jernigan, stated, “I don’t think that we want to see a strike.” We only want a fair deal given the current state of the economy, rising gas prices, and rising food prices.

Jernigan has spent 31 years working with Caesars. He claims that his salary hasn’t kept up with the rent, which went from $1,500 to $1,750 per month for his two-bedroom apartment in nearby Pleasantville.

“That rise meant nothing”: For most Americans, inflation has eliminated pay raises.

According to Jernigan, casinos have in the past offered raises, but not to all employment types. Gains from earlier years are being offset by increased prices.

According to Ruth Ann Joyce, a banquet bartender at Harrah’s, “Everything’s getting more expensive.” Her monthly rent for a two-bedroom Galloway apartment has gone up from $2,000 to $2,135. She claims that the rising cost of rent is putting a strain on her finances at a time when other necessities, such as food and gas, are also rising in price.

Your money can only go so far before it runs out, and if it does, you still have bills to pay. “That rubber band can no longer be stretched,” she said.

Iris Sanchez, a housekeeper at Caesars, claims that the fact that occupied rooms aren’t always cleaned every day makes her job harder because the work builds up until visitors check out. By the time they leave, “we have bags and bags of rubbish in the rooms,” she claimed.

The housekeepers are working six days a week and frequently putting in overtime since the company is understaffed, according to Sanchez. She claims that her hourly wage of $16.25 does not cover all of her expenses. Her monthly rent was increased from $200 to $1,400.

Over the past year, several businesses have had trouble filling unfilled positions. Employers have had to get inventive to attract the top candidates because workers have been quitting their jobs at an almost record-breaking rate.

Sanchez claims that many of the new employees who Caesars brought on board to bolster the housekeeping ranks have quit after only a few months due to dissatisfaction with what they perceive to be demanding work for meager compensation.

“Everyone knows how much the casinos are making, so they raise everything else,” Sanchez said of the tourist industry in Atlantic City. “Everything but our raises are increasing.”

Only the Trump Taj Mahal casino was impacted by the most recent strike, which took place in July 2016. 1,000 workers protested for better compensation and the reinstatement of health and pension benefits that had been reduced after billionaire investor Carl Icahn purchased the facility out of bankruptcy. Three months later, it would close, and in 2018, it would reopen as the Hard Rock.

Given that labor costs are the primary expense in operating a casino, the contract currently under negotiation is crucial for setting the tone for the following three years.

Casinos in New Jersey must be careful to maximize profits while still paying their employees fairly and enticing them to apply for the numerous customer service positions on which they rely.

You may be interested in: Five Reasons to Choose Credit Unions Over Banks