Unity, Unreal, or CryEngine: What is the best game engine in 2022? 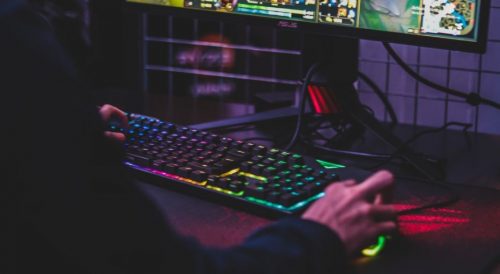 Today, gamers expect much more than flashy graphics – they want to be completely immersed in an interactive fantasy.

That’s why the best game engines in 2022 will be ones that empower developers to create epic, hyper-realistic experiences.

Industry trends also reveal that people are playing longer, spending more money than ever, and expect high-quality, engaging play on all their devices, especially mobile.

Developers who want to stay ahead of the curve need to invest in a game engine that can keep up with these trends and expectations.

But which engine is the best? And what is the best game engine for beginners?

To answer these questions, we’re lasering in on 3 of the most popular game engines in 2022.

We’ll give you a detailed breakdown of what each has to offer so you can decide which engine is the best.

What Is The Best Game Development Engine: 5 Questions To Consider

When trying to determine which game engine is best, the answer depends on needs, budget, and experience level. Keep these questions in mind when you evaluate a game engine.

What Is The Best Video Game Engine All-Around: UNITY

Any discussion of the most popular game engines in 2022 has to include Unity. The Unity Blog reports that 71% of mobile games employ their engine. And 50% of the world’s games are made with this engine.

So, what makes Unity so dominant?

Unity is one of the most flexible and user-friendly game engines available, allowing developers to create engaging 2D and 3D content with ease.

Developers and companies have also created easy SDKs for it, making it a popular option for AR and VR game development.

Unity has been around since 2005 and because of this, it’s created a significant community and resource base. Unity’s Asset Store features free and paid assets that are updated daily.

Unity is extremely beginner-friendly since it includes an all-in-one editor and a learning resource with lessons, projects, courses, and live training that can take a beginner to a master.

Unity is compatible with Windows, MacOS, Linux, iOS, Android, Switch, Xbox One and PlayStation 4, Windows Phone, Tizen, and Fire OS. It has preview support for Linux.

What Is The Best Video Game Engine For Innovative Visuals And Customization: UNREAL

The Unreal Engine, owned by Epic Games, is one of the most popular game engines in 2022. The original version was launched in 1998 and has been in use ever since.

Let’s see why it’s such a stand-out.

Unreal is a multi-platform engine with industry-defining visual capabilities. In fact, it bills itself as the most open and advanced real-time 3-D creation platform available. Perhaps this is why so many AAA games are created with Unreal.

While it can create 2D, it’s more suited for 3D and VR. It also offers incredibly rich customization opportunities.

Unreal features a robust Marketplace with free and paid assets. It also has a free learning resource hub on its website for ongoing growth and development.

Unreal’s “Visual Blueprinting” enables even non-programmers to become game creators, making it one of the most accessible engines. However, its robust visual capabilities often require a computer that’s more powerful than the average desktop or laptop.

Unreal has 3 types of licenses: creator, publisher, and customized. The creator is completely free, while the other two are tied to royalties.

What Is The Best Game Development Engine That Is Totally Free And Open-Source: CRYENGINE

CryEngine is on a mission to empower creators across the globe to create world-class games, no matter what their budget is.

Let’s see how they compare to the industry fore-runners discussed above.

Cryengine is a AAA multi-platform engine that supports 3D, VR, and AR. It also utilizes a sophisticated AI system and a large toolbox to render incredible gaming experiences.

Creators can find in-game assets at the Cryengine Marketplace and Asset Database. Official support guides and a robust community hub can be found on its website.

The platform is free to use and creators get access to all engine source code and features.

What Is The Best Game Engine For Beginners?

So, what’s your opinion? What is the best game engine in 2022? We hope this blog helps you decide!