US Casinos Begin to Reopen Following COVID-19 Shut Down

Following the realization that the threat posed by the ongoing pandemic was significant enough to warrant drastic action, casinos were amongst the thousands of businesses forced to close their doors to prevent the spread of the coronavirus.

The vast majority of the venues found in this detailed list of casinos in the US, created by casinos.us, were impacted by various lockdown requirements imposed at a state level. However, as efforts to keep the economy afloat persist and restrictions are eased, lots of land-based casinos are allowing customers inside for the first time in months.

Here is a look at how the rollout of reopenings is being handled and what changes have been implemented to minimize risks to visitors and staff alike. 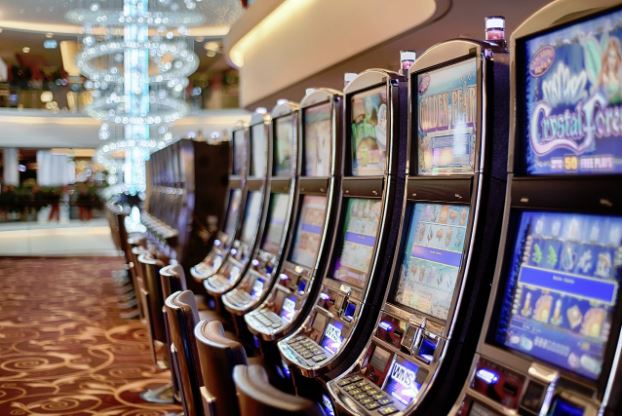 Signs of tentative recovery have been echoing across the country recently, although there are stark differences in terms of whether entertainment venues, a category within which casinos are included, have been given the go-ahead to welcome patrons.

For example, casinos in Alabama were allowed to open as early as May 22, and in Arkansas these steps were taken four days earlier than this, albeit with limits in terms of venue capacity and on the proviso that people stick to physical distancing guidelines.

Meanwhile some states have taken a more granular approach to reopening, with Maryland allowing some of its casinos to resume trading from the June 19, albeit not in every area depending on infection levels.

Las Vegas, which is world-famous for its casinos, did not begin to allow venues to reopen until June 4, while also requiring that no group gatherings were allowed and also insisting that occupancy limits for all venues were halved to make physical distancing rules easier to abide by.

Casinos are now open in a number of other states, including Ohio, West Virginia, Arizona and Kansas, amongst a handful of others.

One step forwards, two steps back

This may seem like good news for casino operators and the local economies which rely on them to thrive, but unfortunately there are signs that this crisis is far from over and that the long term impact on the industry could be significant.

For example, in Pennsylvania all entertainment venues were allowed to reopen on May 29, as the number of new COVID-19 cases was deemed low enough for this to be safe. Yet in less than a month, there had been a spike again, with casinos and other similar facilities required to close down again on July 2.

This is not the only area in which the reopening of businesses has clearly been enacted prematurely, or at least without the due care and attention that is needed to stem the increase in the infection rate within a particular geographic region.

All of this means that for the time being, it is difficult to make long term predictions about how the land-based casino industry will fare. Meanwhile, online casino growth is being directly attributed to the disruption caused by the pandemic, proving that this is something regulators and politicians need to take seriously going forwards.

In the states where casinos have opened their doors once more, the experience for visitors is very different to what might have been expected prior to the pandemic. Rather than gaming floors crammed with bodies and walkways rammed with tourists, the fact that occupancy limits have been halved or slashed even further means that there is far less hubbub.

In addition, a number of states have made it mandatory for people to wear masks when they are in public places, including within casino resorts. This means that both dealers and players can be seen wearing PPE while at the table. In some cases plastic screens separating patrons from one another and from the staff have been introduced.

Although there are several indications that there is light at the end of the tunnel for the land-based casino industry, it certainly seems unlikely that things will return to normal for this industry for some time.

Ultimately it may be best for these organizations to adopt digital platforms and shift their focus to include web-based play solutions. This will of course require regulatory changes in many states so that casino brands can survive.

Casinos are of course not the only businesses that are suffering as a result of COVID-19, and ideally more support will be provided to prop up these industries and the people that rely on them for employment.