How Has the US Dollar Fluctuation Over the Election Impacted Everyday Americans?

The dust has settled on the 2020 election. Joe Biden has been officially declared as the 46th President of the United States. For the world of finance, the period has seen wild fluctuations. Even twenty years ago, the changing rate of the US dollar didn’t make too much of an impact on our everyday lives. But given how global our lives and businesses have become – and how much American citizens have become involved in their finances – this has changed. 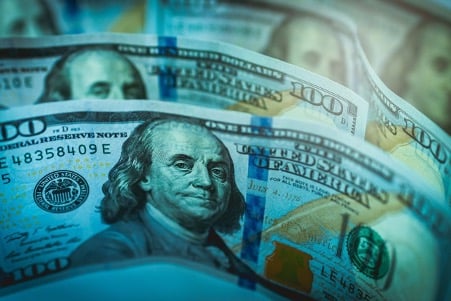 How has the state of the US dollar over a changing presidency impacted everyday Americans?

Market Reaction to a Knife-Edge Election

The markets expected a Biden victory, so we’re preparing as such. While the blue wave wasn’t as strong as predictors expected, the groundwork was already conducted by financial managers. Investors began to look for safe havens and the dollar rose against a multitude of other currencies.

In the early hours of November 4, when the results were beginning to trickle in and uncertainty was still the order of the day, a possible Biden victory saw GBP slump by 0.5% against the dollar. Comparing the USD to GBP helps to ascertain its prospective value against one of the most traded currency pairs. But despite the initial slump of the pound, forecasters are expecting the dollar to weaken with some of Biden’s fiscal policies, at least in the short-term.

A Biden victory indicated a drop in the value of the dollar-based on the spending package he touted. Despite short-term concern that Biden will roll back on Trump’s verbose attitude to trade deals and would reverse some of the business-friendly regulatory decisions, Biden’s win could benefit in the long term. Some forecasters suggest that the growth could be around 5-6%, which is a figure not achieved since 1984.

The value of the US dollar, one of the most significant currencies in the world, could tell us a lot about what a change of administration and presidential slant could mean for the US as a global economy. Depending on how far Biden can push his policies – subject to House and Senate approval – will depend on how the dollar will fare both now and in the future.

Why is the Changing Value of the Dollar Significant?

The significance of the changing value of the dollar doesn’t just translate to movement in the Dow Jones and chatter on Wall Street – it could have an impact on people’s everyday lives. For example, in an interconnected world, many people conduct their businesses with clients overseas.

Consumers make purchases from international vendors. Many may do business with US-based companies due to the benefits of the dollar. So, any negative impact on the strength of the dollar could see US businesses losing out.

There are also many people who engage in trading. An election is one of the biggest shake-ups that the currency market can face. Especially one that flips the presidency of a major currency.  The pip of a dollar compared to GBP and EUR can change on a dime. That’s why keeping up to date when trading is crucial.

For instance, Electronic Communication Network brokers a.k.a. ECN brokers use real-time charting tools and analysis for those people who employ them to aid with their trading. This helps ensure that information on forex trades is as accurate as possible. The ability to use these brokers with a smartphone and the user-friendliness for beginners means that more people are likely to have begun their trading journeys. So more will be concerned that the dollar is in flux.

The stock market can also be impacted by the changes to the dollar.

For instance, Trump’s 2016 victory saw market value rise in businesses that would benefit from his cuts to taxes and reduction of regulations. Biden’s commitment to the green industry saw the value of companies in the renewables sector improve immediately following his victory in 2020. Solar specialists, for instance, rallied.

Any major changes to any country will have some bearing on their currency. Perhaps it is more important to monitor these fluctuations as more Americans are dependent on what happens to the dollar than they used to be. Ultimately, time will tell whether a Biden win will lead to the growth rate some predict or will stilt the dollar as others forecast. What is guaranteed is that more people will follow the dollar’s movements than before.

Interesting Related Article: “The Dollar Has Made a Comeback: Will It Last?“