USD/CHF: world-famous, because it’s so good 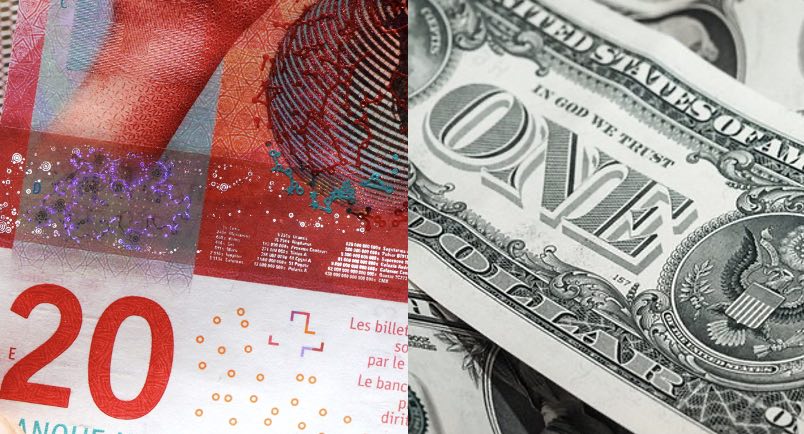 Reliable, trustworthy, secure, stable, strong – you get the idea. But we think there’s no better description than it “runs like a Swiss watch”. For those of you who are still in doubt as to what currency pair we’re talking about this time, we’ll save you the suspense. Here it comes… USD/CHF!

CHF, shorthand for ‘Confoederatio Helvetica’ Franc, has long been considered a stable currency in the global economy and is often purchased by investors when the stability of other foreign currencies is at risk due to adverse economic or political situations. What ensures its stability? The answer to that is quite simple. The first and the main factor is the political stance of the country, colored by the measures taken by the Swiss Central Bank to control the currency’s value. Let’s find out whether the franc will continue to gain on the dollar.

The USD/CHF belongs to one of the most trаaded pairs in the market. The global economy can be described as dollar-dominated, which is the consequence of the US dollar being the world’s reserve currency. This is investors’ safe haven in the storm. The same can be said about the Swiss franc. Its strength, combined with low-interest rates offered by Swiss banks, has always attracted investments from around the globe. It’s less popular, but also less volatile than the US currency. The States and Switzerland should owe such strength to both economic activity and fiscal and monetary policy in their respective countries.

The pair climbed sharply up to 0.97 in April as the US dollar strengthened in the midst of the military conflict between Russia and Ukraine, owing to the fact that the US Federal Reserve began raising interest rates.

The central bank started with a 25-basis point hike in March, which reached 75 between June and November and rolled back to 50 in mid-December. Over the same period, the Swiss National Bank lifted the benchmark by 50 bp, hiking the rate to 1% to counter a further spread of inflation. According to data from the Swiss Federal Statistical Office, the inflation rate keeps up to 3%. Such announcements made by authoritative bodies evoke a wide response in the market, so most traders equip themselves with economic calendars to keep global affairs in sight.

Nobody knows exactly what the future holds. However, we can try to predict how the market situation will unfold based on the information we already have. The direction of the USD/CHF exchange rate will depend on monetary policy, trading activity, and economic growth in the US and Switzerland.

The U.S. dollar has been strengthening throughout 2022 thanks to the Fed’s hawkish monetary policy intended to combat skyrocketing inflation. Besides, the military conflict between Russia and Ukraine and China’s economic troubles caused by its covid policy have been adding significant value to the American currency.

Judging by a slower hiking pace of the Fed, most analysts look for USD weakness during 2023. They stay positive about the fact that the events of this year are losing steam and will no longer give support to the bullish view of USD. Meaning that the USD/CHF pair may move further away from parity as the dollar weakens. SNB president Thomas Jordan stated that the central bank would continue to drain the foreign currency reserves to support the national currency and bring inflation under control. Predictions range from 0.94 to 0.97 for the end of 2022 and from 0.83 to 0.97 for the end of 2023.

You may be interested in: Smartwatches out-shipped Swiss watches for the first time ever