Can you use YouTube Vanced Safely without Harming your Phone?

One of the most popular apps out there for Android users is YouTube. YouTube is the best app for people who love to watch videos and movies. It is free and has a wide range of content. However, there are a few issues with using YouTube.

These issues are indeed bothersome, but YouTube has a premium version that can resolve this problem. But the premium version of YouTube is extremely expensive, and hence, several users cannot use it. 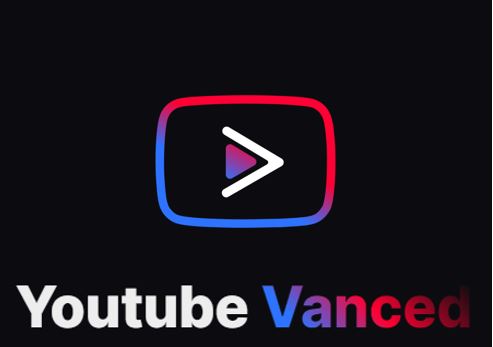 YouTube Vanced is basically a modified version of the official YouTube app. It lets you explore multiple features that are unavailable in the official version. You cannot find this app on the Google Play Store. But you will easily find it from different internet forums. It is possible to face a few glitches while using the app, like not getting regular updates or some UI problems. But, these issues are nothing major.

However, you can experience an ad-free YouTube where you can use the app in the background also. The size of the app is just 34 MB. XDA Developers make it, and there have been over a million downloads of the app.

There are several amazing features in YouTube Vanced that can be quite beneficial to users. Let’s take a look at some of them below:

Users tend to face issues in blocking YouTube Ads. In fact, these days, there are many ads that affect users’ viewing experience. However, with YouTube Vanced, you will no longer need to be worried about this. The app has an in-built Ad-Block feature that lets you stream video without any ads. You can watch hours and hours of videos and not see a single advertisement. This is undoubtedly the best feature of the app. It will improve the viewing experience significantly.

Let’s be honest. Everybody loves the dark theme on their apps. The dark theme just looks better than the normal white theme. So, with YouTube Vanced, you will get the dark theme in the app, and you can easily enable or disable it. You can also add a number of other themes. These themes will improve the visual appeal of the app.

Play videos in the background

This is also an important feature. Many users have complained that they cannot run the YouTube app in the background or switch off their screens when videos are playing. With YouTube premium, you can get these features, but that will mean additional expenses. On YouTube Vanced, you will be able to get these features for free. You can play your videos easily in the background, even when the screen is off.

The official YouTube app prevented older phones from accessing videos at high resolutions. However, with YouTube Vanced, this is not a problem. You can watch your favorite videos even in 4K resolution. You can also pinch the video and zoom in. This is also an exciting feature.

Yes, it is entirely safe to use YouTube Vanced. The best-quality team of developers develops the app at Team XDA. You do not have to worry about facing any kind of issue while using the app. Google Play Store does not allow the app, so a lot of people might feel skeptical about it. Yet, there is no such security threat in using the app.

Although you cannot download the app from Google Play Store, you can still get it from several other internet sources. You can download it from different internet forums or the official website of YouTube Vanced and XDA developers.

You might face some technical glitches initially after installing the app. But these will soon subside. You can log in to the app with your official YouTube or Google credentials.

YouTube Vanced is an amazing app. It offers all the features of YouTube and improves upon them. It provides the much-needed features of background playback, ad-free videos, and dark themes. The app is completely safe for use on your phone. Even though Google Play Store does not have the app, that does not mean that it is malicious. So, you can easily download the app and install it on your phone. You can follow the steps mentioned to download and install the app.

For more information on this outstanding app, stay tuned with us!