Vaping involves a deliberate act of inhaling and exhaling a suspension of fine solid particles present in a gas or in a vapor; these suspended particles are often referred to as aerosol. These inhaled particles are produced from an e-cigarette or any similar device. Vaping is always characterized with e-cigarettes which do not involve inhaling of smoke but water vapor. 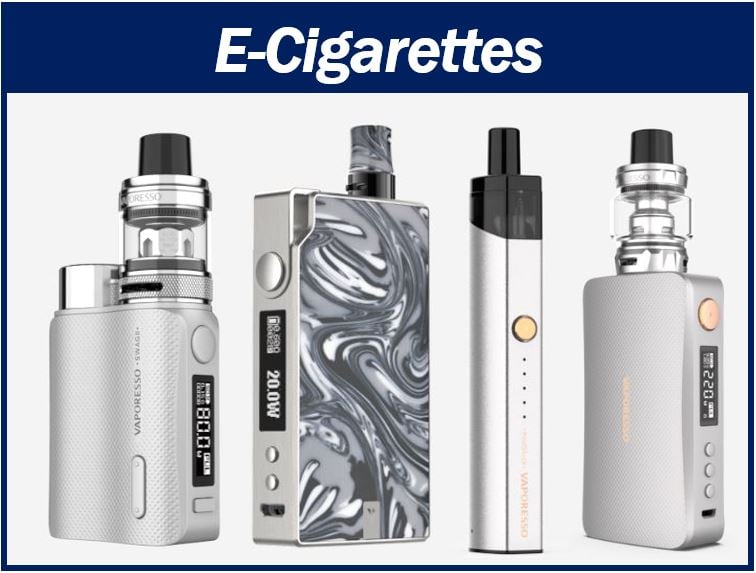 The health risk of vaping should be evident enough with a comparison between the two. One of the motivations that supported vaping is the fact that vaping was designed as an alternative to smoking. Additionally, it is important to know the importance between vaping and smoking as there are huge differences between the two.

With respect to medical and scientific study, there is yet to be a clear comparison between vaping and smoking. Generally, it is understood that smoking is not good, causing a lot of health dangers and risk.  But at the same time, is vaping bad? Is it possible for vaping to result in some health risks?

While still trying to establish the safety of vaping, it is important to know if vaping has less health implications than smoking. Since so many questions on the topic of vaping are still left unanswered, with findings still ongoing, vaping is sometimes categorized as smoking.

Looking into the future, with researches and studies on the topic on-going, there will be more freedom by those involved in vaping.

The difference between Vaping and Smoking

One of the major differences between vaping and smoking can be seen in the aerosol that is inhaled in vape product. When you smoke a cigarette, you inhaled the smoke produced through the process of burning tobacco. The word vaping however refers to a non-smoke product which produces vapor that is then inhaled by the consumer. A common example of a vaping product is the e-cigarettes.

Considering the health risks and the side effect produced in inhaled burnt tobacco, several ways were made to produce a flavorful nicotine product containing vapor that can be inhaled, with no side effects as smoking as you only inhale the water vapor and not the smoke.

With a cigarette, the nicotine substance present gets to the brain within a short interval of time. Smoke particles most time are seen deposited in the lungs, with a major connection to the brain.

Vaping helps to deliver most of its nicotine through certain membrane found in the mouth and in the nose.

Vaping and Smoking: What are their cost implications?

One of the factors that should be considered is the cost implications of vaping. This is a main issue for anyone using vaporizers or e-cigarette. Considering the initial cost to purchase the hardware used in vaping, it is often seen as been expensive in comparison with a cigarette. With a close observation however, this truth is not valid. There are a lot of statistical information available that estimate the cost of smoking, but this will directly depend on the amount of cigarette consumed in a day.

From the calculation made above, Vaping is seen to be cheaper compare to smoking. You have the choice of changing your juice that comes with your vaporizer.

With an increase amount of vaporizers becoming more accessible, it’s been observed that smokers changing to vaping will vape more than they smoked.

Vaping and Smoking: What are the health implications?

These products come in various sizes, flavors, forms and design.

Alternative to tobacco products have less harmful chemicals and carcinogens. These chemicals can also contain harmful substances but the health risks are minimal compared to smoking of tobacco.

E-cigarettes have been available since 2006; hence there is a limited research that can be made on their long term negative health consequences.

However, the health implications of smoking include:

In the comparison between vaping and smoking, there are many things to put into consideration. In the long run however, it can be deduced that vaping has fewer health implications as compared to smoking of tobacco because you get to enjoy smoking without having to inhale the smoke into your lungs, thereby reducing the health risks of tobacco smoking.

Interesting related article: “Why is vaping better than smoking?”