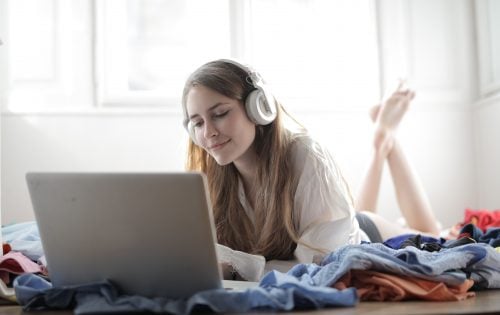 What is Video Streaming App

According to a recent forecast, the video streaming market is expected to reach $1,690.35 billion by 2029. From a fun pastime, video streaming has evolved into a wider content strategy looking to expand its audience. No matter if you’re into broadcasting for entertainment or business purposes, live streaming video streaming app will help your users get the best viewing experience while watching your content. So, let’s approach the definition of a video streaming app.

A video streaming app is a broadcasting software application used to capture, broadcast, record, and share your video content live. In this article, we’ll cover the basics of video streaming apps, their types and take a look at the development cost.

Video streaming apps are “divided” into four categories based on the content distribution method. Let’s take a brief look at them.

In response to a drastic decline in the number of audiences, telecom and cable providers introduced their own video streaming apps to regain popularity among their TA. In the United States, AT&T TV and Sling TV are taking the lead among similar applications. As usual, such video streaming apps do not produce any original content. They provide users with access to TV channels with movies and TV shows once they’re released.

This is where you find the old good smart TV app Netflix with some of their most popular shows like Stranger Things, Squid Game, The Queen’s Gambit, and You. This type of video streaming app produces and shows only original content, e.g. projects created by or with major involvement of Netflix (Netflix originals) or streamlines shows from an entire library (Netflix Series).

Another popular example of an on-demand video streaming app is HULU which concentrates on TV shows rather than movies.

These can act as standard add-ons for any TV subscription plan or provide their own apps. An example of such an application is HBO which provides two types of services: HBO NOW working without a cable package and HBO GO which is a standard add-on to a TV subscription plan with HBO included. Both services provide access to HBO’s most popular shows like Chernobyl, Euphoria, and Game of Thrones. Disney+ is another alternative that streams Marvel, Pixar, and Star Wars movies.

YouTube, Twitch, and Periscope (which ceased operating in 2021) all fall under this type of video streaming app. Unlike Netflix, HBO, and Disney, these “democratize” live video streaming, making it accessible to everyone. Every user can go live anytime and anywhere, having access to the camera and their personal account.

How Much Does Video Streaming App Cost

How to Save Budget on Video Streaming App Development

Continuous data streaming and enhanced user experience require heavily built frontend and backend structures that impact the final cost of a final product. However, apart from functionality, it’s a location of a development team that also impacts the price. While getting savvy on functionality is a dubious way to save cost, it’s highly suggested to keep in mind the geography of programmers that will build a video streaming app.

Developers from Eastern Europe, namely Ukraine, offer an excellent price-quality ratio. They combine affordable hourly rates (around $40 per hour compared to $120 per hour in the US) with a rich tech market and deep expertise to contribute to the top-notch project. Programmers from Perfsol development company are a vivid example of a young and skilled Ukrainian team to start video streaming app creation with!