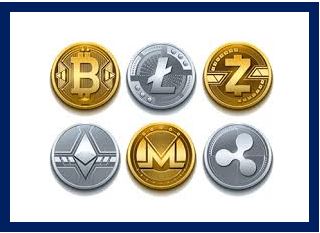 Chainalysis’s most recent study shows that Vietnam, the Philippines, and Ukraine are the three countries with the most adoption. The United States is fifth. The report came out on September 14 and was called “Global Cryptocurrency Adoption for 2022.” The study found that most people use cryptocurrencies in Vietnam, followed by the Philippines and Ukraine 2nd  and 3rd, and the US in 5th place.

The adoption index shows that developing countries are still at the top, just as last year. Last year, this started to happen. The World Bank says that places with a lower middle income include Vietnam, the Philippines, Ukraine, India, and Pakistan. Brazil, Thailand, Russia, and China, on the other hand, all have an upper middle income. If you are planning to invest in crypto, you may consider knowing the Interesting Cryptocurrencies.

Differences from the previous year

For the second year, Vietnam won the most points. This year, it was the first country to start using cryptocurrencies.

Last year, China was number 13, but this year, it has moved up to number 10! The research shows that China is very good at putting all of its services in one place, which has made more people use them.

The market is getting smaller, but more and more people are using it

The adoption rate was another important number that came out of the study. Because of the bear market, the number of people using cryptocurrencies worldwide slowed down, but it was still higher than before the bull market.

The survey shows that since the middle of 2019, the adoption rate has been steadily increasing. In the second quarter of 2021, the adoption rate reached its all-time high. Since then, it has gone between that high and that low again and again.

A recent study found that Vietnam has the second largest cryptocurrency industry in ASEAN after Thailand. More than $100 million worth of business is done in Vietnam. Still, Thailand is the best place in ASEAN to buy and sell cryptocurrencies. Chainalysis, a source of bitcoin data, surveyed Singapore, the Philippines, and Indonesia, in that order, were second, third, and fourth.

The report says that many people from Vietnam, Thailand, and the Philippines buy tokens that can’t be used to buy other things on online markets. There could be a lot of web traffic to these marketplaces because there are so many blockchain players in these countries.

At one point, Filipinos made up 40% of the people who played the Vietnam-based game Axie Infinity. People say 25% of Vietnamese and 23% of Filipinos have played a “play-to-earn” game.

Chainalysis’s research shows that Vietnam is still the country where most people use cryptocurrencies for the second year.

A company called Triple A that helps businesses with crypto says that the United States has almost twice as many bitcoin owners as India, which came in second with 27.4 million owners.

The United States, on the other hand, is third because it owns 13.7% of all cryptocurrencies. On the other hand, Vietnam is at the top of the list because 20.3% of its people, or one in five, own bitcoin.

A map from the Triple A website was also used to show who owns bitcoins. The top seven countries were found by the Twitter account “DocumentingBTC,” which was also on the map. Asia, with 130 million people, was the continent where people were most likely to have full ownership. Oceania had the fewest owners, with just over a million, according to Cryptoslate.