Waiver of Subrogation: What is It and Why Is It Necessary? 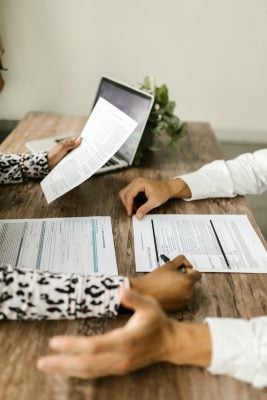 Waiver of subrogation is a specialized provision that prohibits an insurance company from pursuing a third party for reimbursement of losses incurred. And if the organization pays for any damages under the contract, it will be responsible for the costs themselves. No one else will cover the loss. Basically, the document is a waiver of liability. It can be found as one of the clauses in contracts for construction, insurance, lease, etc.

It is not uncommon for parties to waive such liability because they want to eliminate the risk of prolonged disputes. Clients use their right to avoid prosecution by judicial authorities and to exclude liability for damages. However, that is not the only reason for the waiver of subrogation.

When accidents occur, it is easier for the parties to resolve all the issues on their own rather than wait for the claim to be processed. In addition, force majeure situations involving personal injury can have a negative impact on insurance premiums (they will increase). There are also disadvantages for the guilty party. For example, the termination of insurance coverage in the event of an accident is not excluded. Accordingly, an amicable settlement will have a positive effect on the statistics in each participant’s profile.

Waiver of liability is used in different fields of activity. It is relevant both for large companies and individuals. By signing the document, it is possible to reduce the financial costs, thus reducing the time for the settlement of disputes. These are the main advantages that push both parties to draft a waiver of liability.

Some construction contracts include a clause that stipulates a waiver of subrogation. Under the clause, the business owner refuses to pursue claims against third parties (such as contractors/subcontractors). They will not be liable for damages caused by situations in the construction company’s insurance policy. The insurer is also involved in signing the agreement. He agrees to cover the damages himself and not to prosecute the contractors/subcontractors responsible for the situation.

However, the waiver has certain exceptions to the rules. If the property of the construction company is not insured against a particular risk, the business owner has the right to claim damages from the at-fault party. It is also possible to prosecute the contractors/subcontractors if the amount of damage caused exceeds the limit under the insurance policy.

Waiver of Subrogation Under a Lease Agreement Between Two Parties

The waiver of liability applies to leases just as it does to construction agreements. In the event of a contingency, the insurance company agrees to compensate for the loss. In this case, the tenant is not liable and is exempt from prosecution. If the insurance fully covers the claim, it must be paid without seeking a third party.

With this approach, the tenant and landlord protect themselves from costly legal fees and significant litigation time. In addition, they will maintain a friendly relationship. However, there is a nuance: in most cases, the insurance company requires an additional premium to cover losses.

Now let us take a closer look at some specific examples. If a tenant’s guest is injured in a rental unit because of a picture or light fixture that was not properly attached to the wall, the insurer cannot make a claim against the landlord. It pays for the damage out of its own fund.

Keep in mind that some contracts have a mutual waiver of subrogation. In that case, both the landlord and the tenant are exempt from compensation for damages (if it is covered by insurance).

When an automobile accident occurs, the injured party applies to the insurance company of the at-fault party for compensation for damages. But in some cases, the driver who caused the accident seeks to settle the dispute on his own. In this case, the injured party is offered to sign a waiver of subrogation.

When signing the document, you need to think carefully. In the perfect scenario, the issue should be discussed with a competent lawyer. This is due to the fact that the injured party and its insurance company will not be able to claim damages if the process goes beyond the agreement.

If you need to draw up and sign a waiver of liability, use the modern software Pandadoc. It has a lot of advantages, including:

You can use ready-made templates to minimize the time it takes to create a document. Enter your information into the form, verify and sign it, and then send it to the other party for approval. It’s quick, easy, and convenient.