The world is a moving train, constantly changing and adopting new concepts. The financial technology space isn’t excluded from this dynamism that constantly occurs in the world. Gone are the days when people spent fiat money and had to queue at the ATM to send money. Now, cryptocurrency is the order of the day and people don’t need to carry cash around. A major similarity between fiat and cryptocurrency is that you need to possess wallets for both. However, while that of fiat has to be a physical wallet or at most, a bank account that you can withdraw from, you need a digital wallet to store your bitcoins. 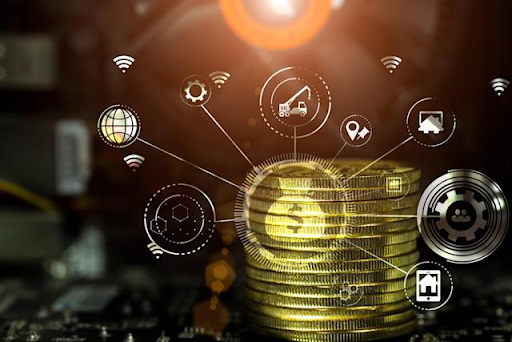 A Bitcoin wallet is a type of digital wallet that lets you send and receive Bitcoins. Having a physical wallet is akin to this. The wallet retains the cryptographic information needed to access Bitcoin addresses and send transactions, rather than retaining physical money. It’s where you’ll discover your private keys for signing Bitcoin transactions. The coins tied to that address can be managed by anyone who has access to the private key. Hardware wallets, web wallets, mobile wallets, and desktop wallets are all examples of wallets.

HolyTransaction, a global cryptocurrency wallet platform with over 40 asset options, just announced that it has added Lightning Network functionality for bitcoin trading, allowing users to deposit and withdraw utilizing the Lightning Network. The Lightning Network is a cryptocurrency-based payment network that runs on top of a blockchain. It was proposed as a solution to the bitcoin scalability problem, allowing for faster transactions between participating parties. It uses a peer-to-peer system to make bitcoin micropayments through a network of two opposite directional payment channels without entrusting funds to anyone. Lightning Network was launched in 2015 and has seen significant growth until 2021, making it the most popular scaling option for Bitcoin currently available.

When sending or receiving bitcoin via the Lightning Network, users will notice a new style of address called invoice, in addition to faster speed and lower fees. According to Holy Transaction’s staff, “HolyTransaction will become more appealing to consumers who wish to send transactions with improved security at a much lower price and at a much faster pace by using Lightning Network. HolyTransaction is pleased to announce that Lightning Community has been included in all desktop and mobile software versions.” Here are some more details of bitcoin and digital marketing

This new discovery comes with a slew of tremendous advantages.

The lightning network, for starters, allows for rapid payments.

Security is considerably enhanced by the use of smart contracts, and as the stack is built on top of the Bitcoin network, no transaction confirmations are necessary. Parties can transfer funds between themselves indefinitely without telling the main blockchain. Because all transactions within a blockchain do not need to be approved by all nodes, this strategy substantially speeds up transaction times. Individual payment channels between parties unite to build a network of lightning nodes that can route transactions between them.

Scalability is a further advantage.

Any traditional payment rail on the market today pales in comparison to the increase in transactions per second. In addition, because financial custodians are no longer required, the payment “by click” becomes a possibility. Because the Lightning Network does not interface directly with the legacy Bitcoin infrastructure, it allows for near-instant transactions with extremely low fees, lowering the cost of trading and holding bitcoin. Credit card fees for the vendor, supplier, and utility payments can account for as much as 2% of a small business’s gross income. These businesses might drastically lower transaction costs if they started using the Lightning Network.

The lightning network helps to lower the considerable energy usage that a typical bitcoin transaction would require.

It is meant to run on a peer-to-peer network, utilizing other people’s existing connections, and scales non-proportionally to energy use. It allows off-chain transactions and does not require the processing power required to confirm blocks on the blockchain or upload transactions (the first layer).

Finally, HolyTransaction believes that implementing the lightning network would make their wallet platform more appealing to users who want to conduct transactions with great security, speed, and cheap cost. Holytransaction expects to attract more consumers in the next months as crypto use rises rapidly around the world.

Interesting Related Article: “Bitcoin wallets – How to pick the most appropriate wallet?“