Want a Career in Acting? What Every Actress and Actor Needs to Know 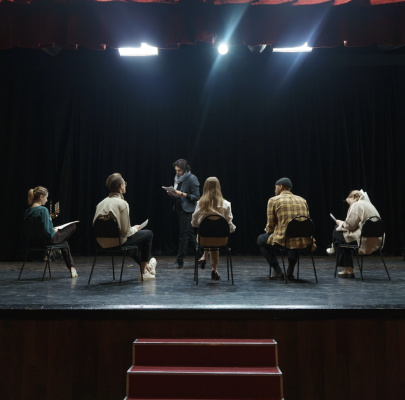 There are many actors and actresses who want to break into the industry but don’t know how. They may not know how to find roles, get an agent, or market themselves. They may also be facing a difficult work environment and an insecure future.

These struggles can cause frustration, discouragement, and even depression. And without proper guidance, they can give up on their dreams of a career in acting altogether.

In this article, you’ll learn how to take decisive steps toward your acting career and achieve your goals more effectively than ever before! Use this resource to learn how to find the best opportunities within your field, market yourself as a professional actor, and become successful in achieving dramatic success.

Pros And Cons Of Fame

The world of acting is an exciting one, but it can also be a dangerous one. With fame comes money, power, and all the perks that come with being in the spotlight. Take Betty White from The Golden Girls, she was considered “The First Lady of Television”.

However, being famous also means that you are open to criticism and judgment from all angles. There is a long list of actors and actresses who made a mistake in their personal life and it ruined their careers.

– Being famous opens the doors to many opportunities and new experiences

– Fame brings money that can be used for various purposes

– Fame brings power that can be used in different ways

– Being famous means that at any point, you could lose your privacy

– Being famous can have a negative impact on your personal life

What Do Actors Do?

Actors are the people who bring life to the scenes on a stage, in movies, and on television. Actors have many different roles in their career paths. They may start out as an extra or a stand-in, then work their way up to being an actor with speaking parts.

An actor can be anybody who wants to get involved in the entertainment industry, but they need to have some type of talent that will make them stand out from other actors.

The first step is getting into a school for theater or film acting and learning how to act. After that, actors may start looking for work as extras or stand-ins – people who are used when there is not enough time or money for real actors. Extra work is usually unpaid and provides valuable experience for future auditions and jobs.

Being an actor is not easy. It takes years of dedication and hard work to get to the top. There are many ways to get started in this industry, but the most common way is by attending acting school. Acting is an art form that requires a lot of time and dedication. The good news is that actors in Los Angeles have plenty of opportunities to pursue their passion.

There are many acting schools in Los Angeles that offer a variety of programs for different needs and budgets. Some of them offer a full-time conservatory program, while others offer just workshops or classes on specific topics like voice-overs or improvisation.

The best way to find acting schools near you is through Google Maps. Simply type “acting schools in Los Angeles,” and you will see a list of all the options that are available near you.

Interesting Related Article: “Use These Helpful Tips For Contacting Influencers“