Want to Buy a Home in Las Vegas: 7 Things you Need to Know 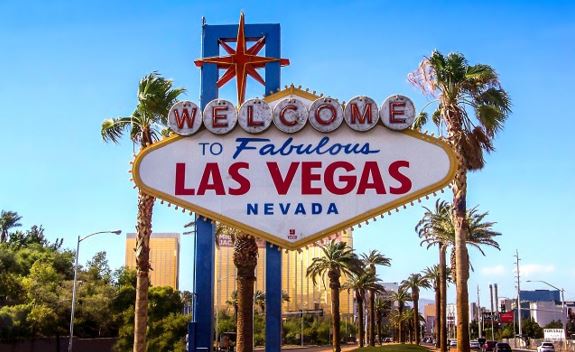 Owning a home in Las Vegas can be like a dream come true for many people. Buying a home is not at all like purchasing a smartphone or apparel. It needs long-term planning, proper research, and good market knowledge. You can change or replace your smartphone or dress after purchasing them, but there is no way you can ask for your money back, a voucher, or replacement after acquiring a home.

If you find out that something is not right after signing the contract and handing over the money, there is nothing you can do to put things right.

Las Vegas is full of choice

There are many different areas with great properties for sale in Las Vegas, including Spring Valley, Primm, and The Ridges.

Let’s look at some important factors you should bear in mind before you start looking for your dream property in Las Vegas. They are relevant for either first time buyers or inviduals who are familiar with the property market.

1. The housing market of Las Vegas is fast-growing

Beating Seattle, Las Vegas has become the hottest housing market in the USA. The year-over-year gains are greater in Las Vegas than any other city in the country. Every year, residential property prices are increasing by13%. Forbes declared Las Vegas as the most overhauled housing market in the nation. However, as per historical records, the city has not grown in size.

2. Prices for homes may vary in Las Vegas

Prices for homes vary from one neighborhood to another. While the median home price in the Ridges Las Vegas is $300,000, downtown they are generally cheaper. You can easily get a condo or townhouse for as little as $200,000. In Summerlin, a large single-family home may cost you $300,000. Downtown you can usually find a home close to nearby businesses and amenities.

Areas like Summerlin and The Ridge are posh neighborhoods, where a luxury home may cost up to $600,000. Before committing yourself to any property, no matter how nice it looks, make sure you know which area you would prefer, and why.

Though some of the houses in Las Vegas have been around for a long time, most of them are not older than 20 years. Areas such as Sunrise Manor, North Las Vegas, and Whitney have their own set of newly constructed homes. In North Las Vegas, for example, construction increased by 31.2% compared to the previous year.

As is the case in the rest of the country and most of the world, most buyers tend to prefer new homes. In Las Vegas, sales of older homes are declning. While searching for your ideal property, you should definitely check out Lake Las Vegas and Southern Highlands,  At The Ridges, you can find master-planned communities and beautiful brand new properties.

Homes and apartments in this part of the country sell quickly. Data published by the Greater Las Vegas Association of Realtors shows that within 2 months, 87.2% of condos and townhouses were sold, and 83.3% homes were purchased. So, make your move quickly if you don’t want to be beaten by other eager and faster purchasers.

A green neighborhood is a concept that fosters the idea of a sustainable city. It is a planned program where designers and architects consider many variables while designing a city or complex’ structure. They consider variables such as vegetation cover, space for greenery and parks, the distance between houses, etc

The main notion of a green neighborhood is to build a place where people can enjoy close contact with nature while at the same time enjoying the convenience and comforts of civilization and modern life. There are several green neighborhoods in Las Vegas, including Southern Highlands, Green Valley Ranch, and Inspirada.  Southern Highlands has six tailor-made parks equipped with gazebos, playgrounds, footpaths, rides for children, etc.

Often, buyers make the mistake by undervaluing a home. Sometimes, the amount we wish to pay is much lower than what the property is really worth. This could turn out to be a mistake, especially if we missed out on a beautiful home which was going for a reasonable price and ended up paying more than we should have for another property. So, while negotiating with the seller or realtor, make sure you compare the price of your chosen home with those of other similar properties in the same neighborhood or equivalent areas.

Currently, in Southern Nevada, homes whose prices are below $350,000 are in high demand. So, while you decide to make an offer, try to make it an appealing one. What’s the point of trying to knock down the price if the seller backs off and finds another buyer? Demand for homes in the Las Vegas area are extremely high. It is a seller’s market.

Las Vegas is the largest city in Nevada and the twenty-eighth most populated city in the United States. The city’s metro area has a population of approximately 2.27 million. It is a famous resort city, known mainly for its gambling, nightlife, fine dining, and shopping. Many people refer to Las Vegas as the Entertainment Capital of the World.

The city’s main airport, McCarran International Airport, has non-stop flights to North and South America, Europe, and Asia. It handles over 51 million passengers each year.

Interesting related article: “The origin of gambling in ancient civilizations.”