An American media franchise, created by Marvel Studios, Marvel Cinematic Universe, is a series of superhero films, which is based on the comic books of Marvel Comics. MCU is the baggage of a comic book franchise with 23 films and counting and billions of box office dollars. 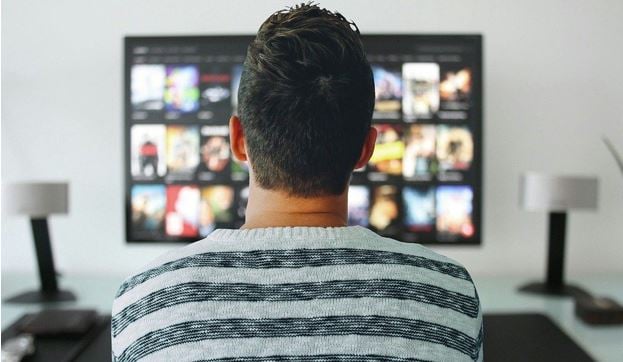 Moreover, all the movies take place in the same Universe, connecting by characters, events, and settings; it’s a trickier task to know which order to watch them. Here’s how you can keep track of all the MCU films:

The movie starts with a wealthy billionaire, genius, playboy, and philanthropist Tony Stark (played by Robert Downey Jr.) when he creates a unique weaponized suit of armor to fight evil when captured in an Afghan cave, which we call Iron Man.

In the beginning, Ross meets the fellow scientist, Dr. Bruce Banner, and discusses an experiment that makes humans immune to gamma radiation. In the process, unfortunately, Banner’s exposure to the gamma radiation transforms him into an angry hulk man whenever his heart rate exceeds 200 beats per minute.

Now, the world aware of Tony Stark being an Iron Man, he is being pressured to share his technology with the military, and someone is after his life.

The warrior and arrogant god Thor is banished from Asgard by his father Odin, to live on the Earth among humans, as a punishment. Losing all the powers, he fights for his freedom on Earth and becomes the finest defenders.

It’s World War II, where Steve Rogers (played by Chris Evans) desperately wants to join the military service but get rejected, despite trying several times. Watching his eagerness, Dr. Erskine calls him up for the secret project and is transferred into the super-soldier, where he confronts the Nazi organization Hydra and its head, known as Red Skull.

After all the above films heroes being introduced, they come together on a stage. They fight together to save the world to save the disaster formed by powerful Loki and the alien invasion. 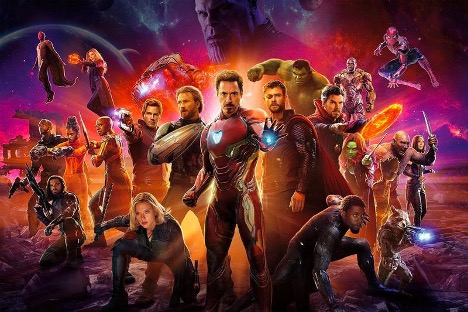 Tony Stark/ Iron Man’s world is now destroyed by an enemy, Mandarin, whose reach knows no bounds. Then, Tony starts his exploration of the answer to his question, ‘does the man make the suit or does the suit make the man.’

Thor battles with the Malekith, the Dark Elf, who tries to drop the world into darkness. Thor (played by Chris Hemsworth) goes through a risky way to reunite with the doctor, Jane Foster.

After the event been in New York City, Steve Rogers/ Captain America is trying to adapt to the modern world, living in Washington DC. A new threat arises to S.H.I.E.L.D., called The Winter Soldier. Steve Rogers teamed up with the Avenger, Shield agents, and Black Widow to develop the new risk.

The main villain, Ronan the Accuser, now targets the bold adventurer, Peter Quill, as Peter discovers a mysterious orb in another part of the galaxy. Knowing that Peter Quill, to save the Universe, creates a team of heroes known as Guardians of the Galaxy.

Thanos is after the six of the Infinity Stones, and Gamora (played by Zoe Saldana) has been secretly working for him. At the end of the movie, Gamora’s sister, Nebula (played by Karen Gillan), is also having disputes with their father, which could open Nebula’s door and Gamora fighting side by side in the sequel.

When Tony Stark creates the Ultron program to save the world, things go wrong, and all the Heroes come in together to put the planet in the balance against Ultron.

A Master thief who is just released from prison, Scott Lang becomes an Ant-Man, being trained by Hank Pym. Ant-Man here can shrink in size and can have the strength of superhumans.

The government agrees to limit the superheroes’ actions, which results in a division in The Avengers. Iron Man is okay with the rules, while Captain American feels they cannot rely on government rules to protect the world. This draws the Civil War between Team Iron Man and Team Captain America.

The story comes up with the world famous neurosurgeon, Dr. Stephen Strange, whose life has a drastic change after a car accident, and he loses his hands. He does every possible thing to heal him, and looking for hope, he finally goes to find a Kamar Taj in Nepal, the new mystic arts, and discover he must protect the world.

Peter Quill/ Star-Lord, Gamora, Drax, Rocket, and Baby Groot are now the Guardians of Galaxy. They all try their best to keep together as a team and return for more space adventures while also dealing with their family issues.

Peter Parker, who portrays Spiderman, had his astonishing debut in Captain America: Civil War. Now, with his newfound identity, at the same time as trying to manage his regular daily routine, he proves to his mentor, Tony Stark, that a Spider-Man has total faith to become an Avenger.

Thor is imprisoned on the next planet, and Loki has acquired Asgard, and Hela has come to abduct the throne for herself. To save the destruction, Thor must race against a deadly alien contest and defeat his former ally and fellow Avenger to escape.

T’Challa returns home after his father dies and becomes the king of Wakanda. However, he finds that he is being challenged, and the world is at risk. To defeat the enemies and save the world, he releases the power of Black Panther.

The Avengers and their allies unite to defeat the most powerful enemy, Thanos. All the superheroes are battling to stop the evil Thanos, who wants to take six Infinity Stones and end the Universe.

While Scott Lang struggles to balance both his life as a superhero and a father, Hope van Dyne and Dr. Hank Pym handout him with a new mission. Scott must again put the suit on and fight alongside the Wasp to release their past secrets.

You can feel a new taste in the Marvel Cinematic Universe, where Carol Danvers becomes one of the most powerful superheroes.

The Universe is in ruins in the previous Avengers movie. In the Endgame, the Avengers and their allies assemble once more to defend Thanos’s action and protect the Universe after “The Snap.”

Peter Parker takes a few week breaks from being Spider-Man and goes on a European vacation. However, his plan is quickly dismissed as he agrees to Nick Fury to help fight and find the truth behind the attacks.

We get to see Natasha’s past in this movie as she destroys her creator while fighting Task-Master along with her sister and surrogate family. Red Guardian is also introduced to the marvel universe. In the end, we also get to see Natasha and Clint becoming friends.

A Treat For Marvel Fans

For all the marvel fans and movie buffs out there, it’s about time we introduce you to an amazing platform known as Fmovies. Fmovies is quite popular when it comes to movie streaming. However, Fmovies is not available in every region, this is where Solar movies, Couchtuner, Flixhq, etc. are some of the sites to consider when Fmovies stops working. All you need to do is locate an alternative to Fmovies that you can access.