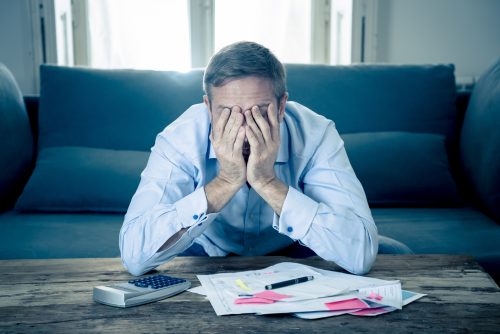 Gambling has always cast a spell over many peoples of the world. Some people are more affected by this fascination, others less. Unfortunately, ever since gambling has existed, there have also been people who cannot resist the particular appeal of risky games and who play beyond a reasonable amount without controlling their gambling behavior.

The fact that not every game is won, but instead phases without wins have to be overcome, again and again, the addictive behavior is even intensified: Since the gambler never knows precisely when he will receive a win, he is always motivated even after another loss, to make another bet, maybe to be successful next time.

The symptoms mentioned in the list indicate a gambling addiction. However, even in the case of a pronounced illness, not all criteria necessarily have to be present.

If a person concerned has reached the point of wanting to get professional help, he has the option of either being treated on an outpatient or inpatient basis. The forms of therapy do not differ significantly, but inpatient treatment is recommended for patients who need more intensive help. The latter usually lasts between five and nine weeks and is linked to a stay in an addiction clinic or a similar institution; the outpatient form usually lasts six to twelve months.

During the treatment, the specific gaming behavior and the long-term motivation of the patient are clarified. In its further course, the therapy is dedicated to the background of addiction – e.g., family difficulties, professional problems, depression – and tries to get these under control. In addition, the addict learns coping strategies that should help him to more self-control. Finally, the return to or learning from the typical handling of financial resources is also discussed.

In addition to individual discussions, group meetings are also mandatory during therapy. In an exchange with other patients, those affected analyze the behavioral patterns on which their game is based and work out goal-oriented changes. Following treatment, patients should continue working on their addiction problem in a self-help group.

This Is How the Therapy Works

In the therapy of gambling addiction, those affected have to relearn how to deal with money. Since the relationship to money has often changed due to high stakes, those affected often have to know the value of smaller amounts again. Money management is often trained in inpatient and outpatient therapy with a relatively tight budget for everyday expenses.

To keep the risk of relapse as low as possible, it is often necessary to turn your back on the old environment. For example, walking past the gambling hall or contacting old “colleagues” from the casino often re-triggers the addictive behavior. In many cases, an inpatient phase is advisable at the beginning of therapy.

The game is used to induce happiness in addicts. Therefore, it is essential to obtain pacification in other ways and learn behaviors that also release positive messenger substances in the brain. Sport, for example, is an excellent way to experience feelings of happiness and success apart from gambling.

An addiction is never considered completely cured, and there is always a particular risk of relapse, even with gambling addicts. The aim of therapy is, therefore, also to recognize this danger and to work out emergency plans so as not to slip back into addiction.

Patients who have been affected by gambling addiction should stay away from gambling even after successful therapy. Unfortunately, similar to a dry alcoholic, occasional “consumption” of the “drug” without falling back into addiction is only possible in a tiny minority.

For those who are unsure about their gambling behavior and potential addiction, there are many places to which you can turn your questions. One of these addresses is the anonymous players, an interest group committed to combating gambling addiction. They advise, organize themselves in self-help groups, and provide interested parties with informative literature on the subject.

Also, Gamstop is a self-exclusion independent tool that helps people suffering from gambling addiction to regulate the impulses of getting banned. After registration on Gamstop, one would no longer have access to the online casinos.

After account confirmation, the player can choose to get excluded from online casinos for six months, one year or even five years. But Gamstop is not a full-proof tool because there are manly online casino sites not on Gamstop where players can gamble. But it has its demerits, which makes this option somewhat unappealing.