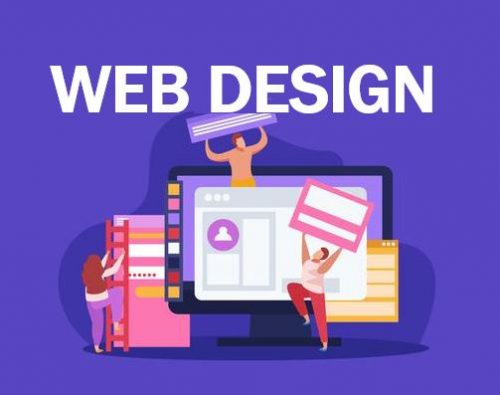 Trends in web design are a fascinating example of what happens when digital advances collide with creative minds. There is no controlling influence, just an organic fusion of the possible and the desirable. According to Nik Sundin, who lists the top five website design firms in San Francisco, much of what we’re seeing in website design in 2021 is like any branch of the visual arts: building on the familiar to create something if not entirely new then certainly fresher, bolder and full of invention. Here are some of the most notable developments

Animation has long been an essential element of web design and the parallax technique is omni-present. It’s based on a simple trick that replicates the real-life experience of seeing objects near to us apparently moving faster than the distant scenery behind them. The illusion of depth achievable now is a world away from the primitive parallax effect of the past and is turning the navigation of web pages into a striking, immersive experience. The best designers understand that less is more and will guard against going overboard with effects for the sake of it and instead make user navigation and interaction the priority.

Fashions come and go. The horizontal scroll, once popular, then rejected, is enjoying a renaissance now that its utility as a kind of informal image gallery is being rediscovered. In its new incarnation, the horizontal scroll is taking something of a back seat, offering images and information without insisting the user follow it. Again, special effects are kept subordinate to the purpose and function of the site.

Now that many of us are enjoying broadband speeds capable of streaming HD movies, web designers are able to embed multimedia experiences in websites as easily as static images. On some sites, the feature runs riot. In the coming year we should expect to see a calming down in this practice as designers appreciate how distracting multimedia can be, especially if it is not under the user’s control. Giving site visitors the option to watch or switch off will be crucial to keeping them engaged instead of driving them away like a plague of pop-up interstitials.

Until fairly recently there were some pretty sharp divides on the question of dark vs light. Designs which went heavily for white backgrounds and dark texts proliferated because of the conviction that this improved the reading experience – any page that called for substantial blocks of text would resort to what is essentially the model of the printed page.

Some designers chose to kick against this because of what they saw as the homogeneity of the scheme and inverted it. Visually arresting though the effect was, it did tend to prove the point about readability. Designers now are finding a dialectical solution which liberates them from the strict constraints of that opposition. A palette of soft, warm colours that can easily carry black or white text makes the user experience altogether more serene.

This represents a trend away from the resolutely non-naturalistic rendering of icons and colours of recent years. It retains some of the flat colouring techniques but uses drop shadows in a kind of digital embossing to move closer to a form of stylised realism. The effect is finding particular favour in the design of text boxes, buttons and other functional geometric features.

The dominance of stock photography and figurative illustrations is on the wane in 2021. In its place, we’re seeing the emergence of images heavily influenced by abstract art. Where the use of photography represents a sometimes crude attempt at conveying meaning and telling stories, the adoption of shapes and colours is a conscious rejection of that narrative form in favour of visual impacts that express energy, individuality and warmth.

High-resolution screens mean that 3-D visuals are really coming into their own and, used sparingly they can be very powerful. They are particularly arresting in the context of otherwise very minimalist designs. Hollywood may have quietly retired 3-D but it’s alive and kicking online.

As online retailing continues to grow, designers face the constant challenge of making the online environment more than just a catalogue on screen. Product pages have a very practical purpose but a picture of a product accompanied by a gushing description is a very primitive sales tool. The best new web designs are employing digital interpretations of physical media, with images cropped into appropriate shapes or features of the actual object – drinks or cosmetics or sportswear for example – animated or visually reproduced to suggest the actuality of the product. The effect is to bring the digital world a few steps closer to the real one.

Websites have changed a lot in the last few years. Several rotations of the trend wheel have passed and novelty value is no longer the driving impulse. Just as early cinema grew out of its obsession with trick photography and evolved into a sophisticated narrative form, perhaps web design has reached a point where the technology is no longer the master but the servant of the designer’s vision.

Whatever the most abiding trends in web design for this year and next, and no matter how deep their penetration, two inescapable facts remain unchanged. The first is that a website is not a work of art, it is a commercial tool. The purpose of the design is to convey your message and sell your product or service. If the aesthetics interfere with the function, your visitors are not going to stick around.

The second fact is that your site is worthless if it can’t be found. The demands of Search Engine Optimisation (SEO) are changing all the time and you need to consider them when building or redesigning your site, right down to the way it is structured. As Bristol based web design and SEO company, Superb Digital, state, “SEO is almost certainly more beneficial when it’s built into a project from the ground up…Speaking to an SEO company prior to or during your website’s design and construction can save you a lot of time and money in the long run.”

Yes, great design is an absolute must, but it is only one of the tools in your box.