What Are Anti-Block Additives And What Are They Used For?

The anti-block additives are used to reduce blocking which is a common problem faced by manufacturers in the case of polyolefin films as well as coatings. An anti-block additive occurs in form of the resin which has a microscopic protrusion coming out from the surface of a film. The irregularities in the surface help in reducing the film-to-film surface contact which ultimately helps in increasing the gap between 2 layers and ultimately reduces blocking (Blong et al., 1989). 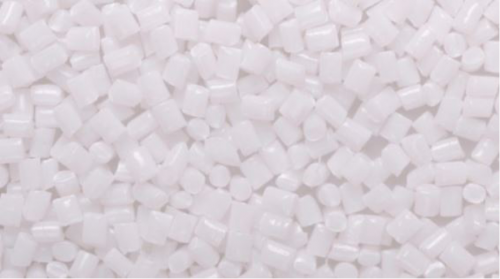 The anti-blocking efficiency of these anti-blocking additives majorly depends on the particle size as well as the shape of the additive being added along with the quality of dispersion and the gauge (thickness) of the film. The various additives for preventing blocking are calcined kaolin, cristobalite, precipitated silica as well as talc, along with diatomaceous earth, calcium carbonates, mica, calcium sulphate (anhydrite) along with magnesium carbonate (Fink, 2018) feldspars and magnesium sulphate.

Working of the anti-blocking additive:

The use of anti-block additive helps in reducing the film-to-film coefficient of friction as well as based on measuring the relative difficulty as per which one surface slides over the adjoining surface. Thus anti-blocking refers to describing measures for avoiding the film sheets from sticking together. Majorly these additives work on van der Waals interaction as well as electrostatic charges due to close contact between various films in case of adjacent layers. Thus the anti-blocking agents help in avoiding the adherence of various layers due to close proximity. Majorly particulate matter is put inside the film which is present in a much diluted concentration. This particulate matter creates a micro-rough surface and ultimately reduces the contact area between various layers of film (Sankar et al., 2017). Also, the distance between the layers is increased to a maximum limit with a subsequent reduction in the adherence capacity. But an important property for this is the type of mineral particulate matter being used and it must not alter the mechanical properties or any other intrinsic properties of the polymer.

These antiblocking additives are compatible with the various processes in film-processing such as extrusion and injection moulding. Majorly the various types of minerals that are used as anti-block additives are calcined kaolin as well as talc, cristobalite along with precipitated silica, calcium carbonates, diatomaceous earth, mica, and calcium sulphate which is in anhydrite form along with magnesium carbonate as well as magnesium sulphate along with feldspars.

Q1: What are Anti-blocking additives?

Ans: The Anti-blocking additives are used as polymer additives which help in reducing the blocking at the polymer surface films as well as in the case of plastic products which ultimately helps in improving the processing as well as handling.

Q2: What is the difference between organic and inorganic polymers?

Q3:What are the most commonly used anti-block agent?