What Are Benefits of Vaping Cannabis Instead of Smoking It?

As more states across the country sign legislature legalizing cannabis for recreational use, the number of people enjoying the plant has increased. When it comes to consuming cannabis, the most common method is smoking, as pipes and papers are affordable and accessible for anyone of legal smoking age. 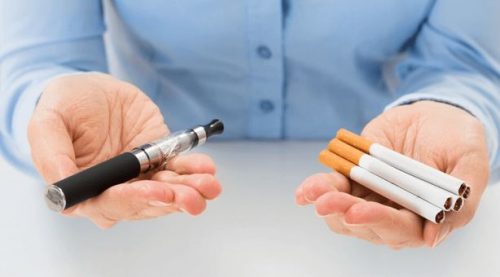 Smoking marijuana is dramatically healthier than smoking cigarettes and other tobacco products, but smoking anything can be harmful to your lungs. Whether you prefer using a cannabis vape pen in flower form or concentrates, the biggest health risk is the smoke itself.

It is no secret that all types of smoke contain carcinogens, which are cancer-causing chemicals. They can be found in cannabis smoke as well as cigarette smoke. The good news about cannabis is that any harm comes from the smoke and not from the plant itself.

The difference between smoking and vaping comes down to how the THC and other cannabinoids are released from the plant matter.

When combusted, the plant is burned, releasing THC through the smoke. While the smoke does contain cannabinoids, the high heat also burns off some of the THC and other good compounds. The effects are usually adequate, but you want to get your money’s worth.

The vaporizing process is similar to smoking because heat is used, but the difference is the application of heat. Vaporizers use a process called convection, which blasts the bud with hot air, releasing cannabinoids and terpenes in a vapor that you inhale.

While cannabis is not bad for you at all, inhaling any kind of smoke comes with risks and is bad for lung health.

Most marijuana smokers hold their hit in longer than a cigarette smoker does, giving the tar in the smoke longer to stick to the lungs.

Other negative health effects include:

Luckily, there are healthier ways to consume your herb than smoking, whether you are using it recreationally or medicinally.

There are a couple of different ways to vape cannabis. The first is the convection method I mentioned previously, which is used for your dried herbs. You can also use a box mod vape with cannabis concentrates such as oil or wax.

It is believed that vaping is a safer alternative to smoking since you are inhaling vapors rather than smoke, but there really has not been enough scientific research done to say that is 100% true. Long-term negative effects are still uncertain but it seems that there is less harm with vaping than with smoking.

The harmful lung effects of smoking seem to be reduced by vaping. Marilyn Huestis, the Chief of Chemistry and Drug Metabolism at the National Institute on Drug Abuse, told BuzzFeed News, “People who vaporize report decreased respiratory symptoms.”

There are several benefits to using a vaporizer to consume your marijuana. One of the biggest benefits is that you avoid ingesting the carcinogens that are present in smoke.

Vaping cannabis is a great alternative to smoking because it converts more THC into vapor, meaning you get to enjoy more of it than you do when smoking.

The difference is pretty significant:

The higher potency in vapor means you will feel the effects of your cannabis sooner, allowing you to enjoy smaller doses, thus stretching your stash further.

In addition to this, vapors consist overwhelmingly of THC while smoke contains not only THC but more than 100 other chemicals, including many of the harmful carcinogens found in cigarettes.

While the health benefits are enough to make anyone consider giving vaping a chance, there are several other reasons cannabis enthusiasts prefer this method.

Anyone that has ever smoked has taken a hit from a bong or a joint and were surprised by how massive of a hit you took. Sometimes it works out fine, other times you end up in a coughing fit, leaving you short of breath and with a sore throat.

When vaping, especially with a pen, you have a bit more control over the size of your hits. This allows for a more comfortable and enjoyable experience.

One of the great things about using a vaporizer is that they are super convenient. Even a countertop vaporizer, such as a Volcano, can be super convenient. With a handheld model, you just keep a cartridge or tank filled with oil attached to the battery or mod and you are able to take a hit with the press of a button.

A countertop vaporizer might not seem like it is the most convenient option, but if you use it right it certainly can be a suitable option. If you like to smoke after breakfast, you can simply load the vaporizer with your favorite strain and let it heat up while you get your food ready. By the time your bread is toasted, it will be your turn.

One thing many people love about getting a new strain is tasting it for the first time. The high is important, but the taste matters, too. The green hit is everyone’s favorite, stoner etiquette even calls for cornering the bowl so everyone gets a taste. The problem is that combustion destroys the terpenes, which can make even the dankest nugs taste bitter and burnt.

Because vaporization happens at a much lower temperature than combustion, those terpenes are safe. Keeping them intact allows you to truly taste that new strain you picked up from the dispensary. Those fruity, citrusy, and peppery flavors can truly shine. Higher quality vaporizers have heat settings that allow you to adjust the heat to release the terpenes, maximizing the flavor of every hit.

For many marijuana smokers, discretion is important. Whether you live in an apartment, with not so cool family members, or you just simply prefer your home not to reek of pot for hours after consumption. One of the contributing factors to that pungent, lingering scent is the combustion.

When you smoke and take no steps to rid the space of the smell, the aroma of your recently smoked joint can linger for a few hours. Vaping is much more discreet. You will still get to enjoy the flavor of the terpenes in the plant, but the smell of the vapor is more mild than smoke and it dissipates in minutes, allowing you to keep your business to yourself.

Interesting Related Article: “Everything You Need to Know About CBD Vaping“