What are the best movies about the criminal underworld? 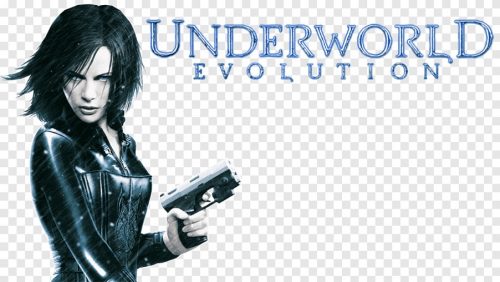 Are you usually intrigued and fascinated by stories of a mafia boss or gang story? Do you love to see things that involve fighting and crimes? If you answer yes to both questions, it means that things about the criminal underworld captivate you. Therefore, you would not mind watching the underworld movies in order.

From interactions with people, we see that they love criminal underworld movies because it is usually filled with action. Moreover, since there is never a dull moment in such movies, they are impressed while watching it and would even want to watch more.

So, we are out to give you a list of some of the best criminal underworld movies that anyone can watch at any time. These movies will leave you impressed and happy at everything, including the storyline, acting, and even general production.

In no particular order, here are some of these movies:

Markie runs a protected card game, and everything has been going on smoothly. Never did he think that anyone would try to rob him. After all, he is a part of the mafia, and one would only be dumb to try such a stunt on him. In this movie, we see that three guys go the dumb route and rob Markie.

One would think this should be an impossible mission because of the Mafia affiliation, but they succeeded. Now, Markie is enraged and has employed the services of an enforcer to track them down.  It is either they are caught, or the economy of the local criminal economy collapses. It is also one of the best underworld movies you will ever watch.

If you are a lover of movies set in the 1990s, you will enjoy watching this movie. One thing we love about it is how the producers paid attention to detail; therefore, delivering impressive visuals.

As a viewer, you get to enjoy a storyline that centers on Major Skryabin, a shell-shocked veteran of the Afghan-Soviet War. We see that he turns a blind eye to most of the things happening around him. He is either working as a stoker or writing a novel. But, will his feigning ignorance come with adverse effects? Watch this movie now to find out.

You may or may not have heard about El Chapo. However, he is a legendary Mexican drug lord. Therefore, it only fits that there is a documentary about him.

Some people are intrigued about his lifestyle and want to know how he got away with many things. So instead of having many unanswered questions in your head, why not watch this movie to get the answers?

It turns out to be an enlightening movie as you get to see how things play out in the criminal underworld. You are sure to enjoy watching this movie.

It is always a dicey situation when people grow up in an unfavorable environment. For some people, they get lucky, and things turn out right for them. For others, it goes south.

This movie tells the story of two friends who haven’t had it easy in life. And, it also tells of their gang involvement. It is one of those movies that gives you the action you desire while also learning new things.

Yes, some people might say that it is normal when a woman dies during childbirth. But eyebrows will be raised when a teenager is, especially when they are implicating stories in her journal. Unfortunately, that is what happens and plays out in this movie.

After a Russian teenager dies during childbirth, a nurse stumbles on her journal, seeing how a Russian mob family has been sexually assaulting the girl. What happens next? Well, we cannot tell you, so you have to watch this movie to find out.

We love that the plot is not easily predictable as a lot will unfold while watching it.

There would always be rival gangs in the criminal underworld. But we sometimes see that they have boundaries and try to respect each other. So, what happens when one gang oversteps the boundaries? You are sure that it will turn into a mob war that isn’t pretty.

If you have always been curious about mob wars, you should watch this movie to see all the action and thrills.

Imagine being in jail with your father. Of course, that is never the wish for anyone, but it happens to the boy in the movie.

He has been in juvenile prison for some time and is now transferred to adult prison, which holds his father. There is also the fact that both of them are violent. However, his father tries to talk to him to calm down and take rehabilitation seriously.

A headhunter has a side business of stealing art. It comes as surprising as no one would ever expect. He learns of valuable art that he wishes to steal. But he did not anticipate that he would be opening the door to the criminal underworld by trying to steal this painting.

Headhunters is that movie that leaves your eyes glued to the screen from start to finish.

What happens when a mobster becomes an informant for the FBI? Will they constantly be at loggerhead, or will they get along? This movie is based on the true-life story of Whitey Bulge.

We love the different plots and twists that are unveiled in this movie. If you think that you can guess what happens in each scene, you are wrong. It is one of the best criminal underworld movies that you will ever watch.

Victor has close affiliations with a crime lord. One day in New York, he meets Beatrice. Did you think that this is a romance story? Well, we cannot say. But what makes their meeting better is the fact that both of them have a mutual desire. Are you wondering about their mutual desire? Watch the movie to find out.

Criminal underworld movies are not only entertaining but also enlightening. So if you have been looking for what to watch, you should start with our list!