What Are the Biggest Sports Brand Partnerships of All Time? 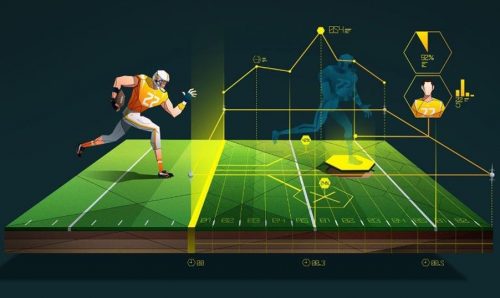 It is said that humans need to walk a minimum of 4 miles or spend at least an hour and a half every day in moderate to vigorous physical exercise to survive. Something to do with our hips’ positions makes us need to expend some energy exercising daily, just like primates.

Regardless of the truth behind this, physical prowess has been instrumental in living things’ survival since the beginning. Just think about it, modern humans would never be able to stand a chance against early humans. All data shows that they were on the same level as top predators in their respective food chains. So, there is no denying how sports have always been synonymous with humanity for tens of thousands of years.

One can even say that it is truly part of our DNA. Which is why it isn’t so unfathomable how much revered and generally successful in all walks of life professional athletes are. In the end, they are basically the epitome of the homo sapiens’ genome spanning the cumulative history of the species.

Financially speaking, the sports industry is by far one of the most fiscally viable ventures ever. Just look at sports gambling, whether it’s boxing, football or hockey betting, there sure is a ton of money to be made, all across the different sectors, not to mention, the out-of-this-world numbers athletes make in Brand partnerships. Here are a few of the most jaw-dropping in Sports Brand Partnerships.

He’s undoubtedly an unmatched force in the European sphere of soccer. Cristiano Ronaldo is the first player to win top-flight scoring titles in England, Spain, and Italy. With one year remaining on his current deal, Ronaldo’s long-term future with Juventus remains uncertain, but the global soccer legend continues to score off the field with his unrivaled social media following.

The Portuguese footballer was placed third on Sportico’s list of the world’s highest-paid sportsmen, earning $120 million in the previous 12 months, including $50 million from endorsements. Ronaldo attracts sponsors in part because of his strong social following. Nike, Clear, Herbalife, and CR7 have long been among the companies that benefit the most from Ronaldo’s social networks. Nike, which pays Ronaldo an estimated $20 million per year, is the year’s largest beneficiary.

Moving on to the world of Tennis, we must mention the most famous person to ever play the sport, arguably in all of history. Not only is he a behemoth of an opponent on the court, but he has also racked up sponsorships of up to a 450 million dollar valuation. Federer is a champion in terms of sponsorships, with 13 brands on his side of the net, including Rolex, Mercedes-Benz, Barilla, Mot & Chandon, and Uniqlo.

Under Armor, Molecule Mattresses, Upper Deck, and IWC watches are among Brady’s current sponsorship partners. His most profitable agreement is with Under Armor, which includes a Brady line of athletic shoes, exercise clothing, and sports gear. Brady switched from Simmons to Molecule in 2018 in exchange for an equity share in the firm. Brady has previously made $100 million in sponsorships and is expected to earn $140 million at the conclusion of two years. Other sources of income for Tom Brady include endorsements and investments.

In conclusion, we all wish we could be as physically dominant as some of the aforementioned names, but that is no cake walk. While financial bliss is one of the powerful reasons to get into professional sports, it shouldn’t be your only motivator. Getting in good shape should be the main reason to pursue a more athletic lifestyle.

Interesting Related Article: “What is a partnership? Definition and meaning“