What Does a Python Developer Do? 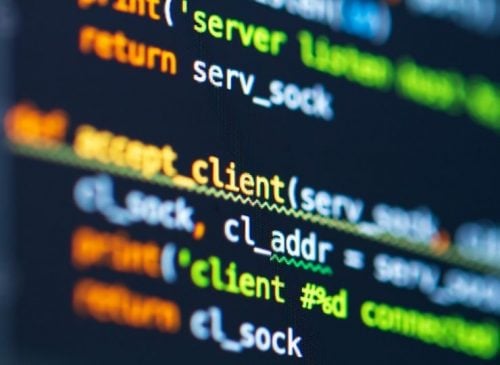 Creating effective and efficient Python code is the most important responsibility of a Python developer. It requires a deep understanding of the language and its capabilities. To write comprehensive code, developers must have a strong grasp of the language’s syntax and semantics. They must also be familiar with the libraries and frameworks available for Python development.

Creating Python code that is easy to read and understand is also essential. It is because other developers may need to read and modify the code at some point. Therefore, it is necessary to write well-documented and easy-to-follow code.

After writing code, it is vital to test it to ensure it works as intended. It is done by running the code and checking for any errors. If there are any errors, they must be fixed before the code can be used.

Collaborating with Clients and Other Developers

Python developers typically work in a team environment. It involves understanding the business needs and translating them into technical requirements. They also need to communicate with non-technical members, such as managers and stakeholders.

Python is a versatile language that can be used for many different purposes. Python developers may use the language for web development, scientific computing, artificial intelligence, or any number of other applications.

Python can be used for various purposes, such as developing desktop applications, websites, and scientific or financial software. As a Python developer, you’ll need to be familiar with the different features of the language and how to use them for each type of software development.

As a Python developer, you’ll often solve complex tasks. It requires a strong understanding of the language and its capabilities. You’ll also need to think creatively to come up with solutions that are both effective and efficient.

Python developers may also be responsible for integrating data storage solutions. It includes setting up databases and connecting them to the Python code. It is crucial to integrate these solutions effectively to ensure that the data is stored securely and accessed when needed.

Creating Front-End and Back-End of Applications

Front-end and back-end are two different sides of web development. The user interface is the part of the application that a user sees and interacts with. On the other hand, the back-end is the behind-the-scenes code that makes the front-end work.

As a Python developer, you are responsible for creating both the front-end and back-end of an application. They need to be familiar with technologies such as HTML, CSS, and JavaScript. They may also need to know how to use a web server and database.

Machine learning is a branch of artificial intelligence that allows computers to learn from data. Python is a popular language for machine learning because of its ease of use and flexibility.

Python developers may also be responsible for developing virtual tools. It includes creating tools that allow users to interact with the software in a virtual environment. Like VR drivers create a VR driving simulator, Python developers also develop tools that help automate tasks or make the development process more manageable.

Python developers are responsible for creating various tools, including those that allow users to interact with the software in a virtual environment. Developing virtual tools can help automate tasks and make the development process easier.