What Does Science Believe is the Fate of the Universe?

For thousands of years, man has been fascinated by creation myths, astrological predictions, and trying to discover the purpose and origin of humankind. Modern cosmological science has allowed researchers to largely break through the confines of limited knowledge and to literally begin to explore the universe. Whether you’re a rocket maker or an ordinary civilian, this is a thrilling time for advances in space technology. While space exploration takes us ever closer to potentially understanding the conception and fate of the universe, there is still much that cannot be fathomed and more that cannot be proved. However, our understanding of the universe has drastically changed throughout the 20th century.

How Has Our Understanding of the Universe Changed?

Building upon Einstein’s work in the 1920s, the astronomer Georges Lemaitre devised the commonly known Big Bang theory. This idea suggested that the universe was created at a definite point in time and was likely caused by an explosion. Once again, this work was expanded upon in the 1960s by researchers such as Robert Wilson, who noted that certain galaxies in the universe were ‘older’ than others.

Once belief in the creation of the universe as a fixed point became widespread, scientists began to consider how the universe might end. Much of this theory revolves around the concept of invisible matter and the fate of the universe will likely be decided by its density. Scientists began wonder if the universe began with an explosion and extended outwards from there, how long would it continue to expand for? Would the end come when this expansion naturally ended, or would there be a spring back effect?

Following on from this, in the 1970s physicist and cosmologist, Stephen Hawking, began to explore the idea that black holes produced radiation. This radiation affects their gravitational pull, thereby affecting the expansive potential of the universe. Although Hawking’s work was initially questioned, he became one of the most influential physicists of modern times. Hawking’s output spanned several books on cosmology, as well as a series of lectures titled ‘The Theory of Everything: The Origin and Fate of the Universe.’ 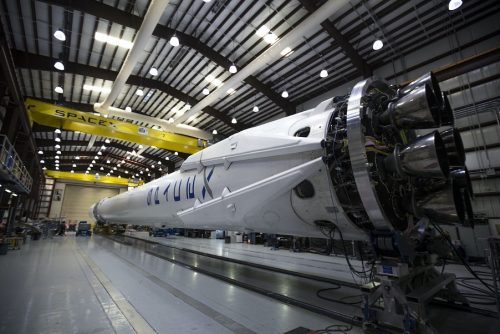 Modern Cosmology: Fate of the Universe

By the 1980s, scientists had established several potential hypotheses for the possible fate of the universe. These concepts were based on the idea that the universe was continually expanding outward and that this expansion was affected by matter’s gravitational pull. These included but are not limited to:

The Big Rip, in contrast, supports the idea that the universe is ‘open’ or flat, and can expand infinitely in theory. However, the Big Rip suggests that this will not happen. Instead, the expansion will gradually lose momentum until it slows to a stop, at which point the universe will break apart.

This third theory is closest to more modern conceptions of the fate of the universe. Continual Expansion theory suggests that the universe is flat (as implied by its increased acceleration) and that it can expand infinitely. Studies have further implied that the universe does not contain the amount of matter that scientists claim would prevent infinite expansion. However, questions remain around dark matter as its gravitational force is unknown.

One theory supports the idea that when the expansion crosses the time barrier fate of the universe will be decided. This idea is based on the multiverse theory: the idea that there are infinite dimensions. Proponents of this theory believe this will happen within the next 3.7 billion years but cannot calculate when.

How do you think the world will end? What elements of cosmology fascinate you? Tell us in the comments!

Interesting Related Article: “The Universe has no direction it expands uniformly“