What Does SMP Mean In Minecraft? 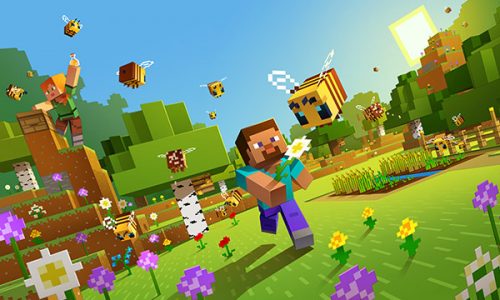 If you have been a part of the Minecraft community in the last few years and don’t live under a rock, you may have heard the term SMP be used a lot.

Don’t worry if you are confused about what an SMP is, we will explain everything.

First, SMP stands for Survival MultiPlayer. It is a server that is set to survival mode and multiple people go onto it to play together. The multiplayer aspect creates a sense of community on the server and also opens up the possibility of playing mini-games.

The term SMP is actually quite vague and can refer to multiple different types of servers. In recent years, SMPs have gained in popularity thanks to the Dream SMP which is when famous streamers all play together on one server and have a story and lore based around their antics.

Since the rise of Dream SMP, more and more streamers have started their own SMPs to try and gain similar popularity.

Below we go over the many different types of SMPs you might find and why they are appealing.

On most Minecraft servers, you will find a set of rules you have to follow. Common ones include no griefing, hateful language, or cheating. If you don’t follow these rules then you may get kicked out of the server or banned.

As the name suggests, Anarchy SMPs have no rules and are pure chaos. You can do whatever you like, to whoever you like. Of course, this means other players can do the same to you.

While they can be fun for a brief moment, they get old, annoying, and toxic fast. Those who stay on Anarchy SMPs for a while are usually professional trolls who enjoy the lawless nature of the SMP.

If you are a fan of the popular SMPs you watch online, Faction SMPs are your closest way of getting in on the action.

Starting out in a Faction SMP means you have to choose what side you are on, these people are your teammates and the people who will support you on your journey.

You get to claim a spot of land to build your home on, or get assigned a pre-built one that you can make your own.

Once you have joined your faction, you get to battle and loot opposing factions. You will find servers that take a more diplomatic and peaceful approach, and those that prefer fighting and battles. Make sure you do your research on the type of server you are joining first.

Unlike some other SMPs, PvP is a pivotal part of Faction SMPs so make sure you have ample armor and weapons on hand.

Modded SMPs are slightly different as they can blend with other SMPs. You could have a modded Anarchy SMP or a modded Factions SMP.

Vanilla Minecraft is unmodded, meaning that nothing additional has been added to the game and you are only playing with what the developers have implemented.

Modded Minecraft is when a mod has been added to the game. A mod has been made by an external party to add, remove, or change parts of the vanilla game. Popular mods include adding different blocks, abilities, or more automating tools.

By adding mods, you can make the overall game more fun. This is because it changes up the gameplay that most Minecraft players have grown comfortable with.

If you are joining a Modded SMP, you will be required to download all of the mods beforehand to make the server work. The SMP will usually have a page with all of the mods on it for easy downloading.

These mods may not be the same across multiple SMPs, so make sure you have all of the ones you require if you are changing your SMP. If you play on multiple SMPs, try to separate the mods into different named folders so that way you can easily switch up.

For those of you who want a peaceful Minecraft experience, Peaceful SMPs are for you. They disable PvP so that way you can’t fight each other.

This gives the SMP a large focus on creativity and communication. Many peaceful SMPs are based in a roleplay environment, so you get to choose who you are, get a job, and participate in a fun world with like-minded players.

Since creativity is a focus, you may be required to build your own home and grounds with the resources you find.

Hostile mobs are usually disabled in these servers so that you can have a stress-free experience.

Peaceful SMPs are more niche because players enjoy the challenge of PvP and hostile mobs. They are however fantastic for younger children who want to play with friends.

Skyblock SMPs are one of the most popular, and oldest kinds of SMPs.

You start on an island with limited resources (this island is usually in the sky, hence the name) and the goal is to survive on your island with the resources you have.

The islands can be very small, containing just a tree, or larger with areas to mine.

You want to expand your island and protect it since PvP is enabled and nearby islands may be coming to take claim of your island.

Skyblock SMPs are usually modded so that you can build a lot from your limited resources.

As previously mentioned, vanilla Minecraft is when no mods have been added. It is simply as the developers intended it to be and requires no further downloads.

It is the most basic way to play Minecraft, but sometimes there is beauty in the simplicity. If you have done nothing but play chaotic SMPs with a wealth of mods, it is quite refreshing to revert back to vanilla Minecraft.

Playing vanilla Minecraft does mean you don’t have any of the quality-of-life mods that you have grown accustomed to.

These servers will only change small parts of the game to make gameplay less tedious. This way you can still enjoy the simple life of mining and crafting, but still enjoy the mods that you have grown to love.

How Do You Join An SMP?

Most SMPs are easy to join with you simply needing the IP address to join, just like how you would a normal server.

For some SMPs you need to request an invite. They will usually have a separate website or email that you need to contact in order to gain access to the server.

Other SMPs are invite-only, meaning you have to be reached out to in order to join them.

Whatever SMP you join, make sure you take note of any rules that they may have so that way you can stay on the SMP for as long as possible.

SMPs are a great way to get a new experience in Minecraft. Many people spend their entire time on Minecraft single-player, so experiencing an SMP is a great way to communicate with people who also love the game.

When choosing your SMP, make sure you properly research it beforehand so that you are joining the one that best suits your playstyle.

You can always join multiple SMPs depending on what type of gameplay you are looking for each day.

If you can’t find the right SMP you are looking for, why not consider starting your own SMP. You may find that other players are just like you and are looking for a specific kind of SMP.