What Drives People To Have Personalized Licensed Car Plates?

Personalized license plates are often depicted as something in Hollywood. It’s always a jazzy suit-and-tie sporting a sleek, luxurious Mercedes in the films. The idea of having a personal license plate implies power, wealth, and influence. 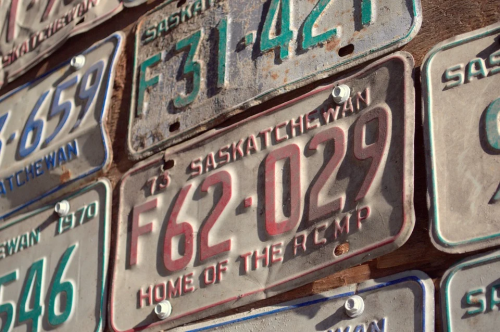 That’s not exactly the case in real life though. In fact, it’s incredibly easy for the average person to get their own license plate. You don’t need to be James Bond or Daddy Warbucks to sport your own sleek tags.

In this article, we’re going to eliminate the idea that personalized car plates are for the famous and wealthy, and what drives people to purchase them.

In the current systems, as used by countries like the USA and the UK, the pool of available plate numbers aren’t expected to exhaust for a great amount of time. This is mostly due to how they can always shift the arrangement of numbering and lettering, but also due to how they’re able to issue personalized plates.

Personal plates allow the DMV and the DVLA, for example, to not only issue unique plates that won’t contribute to exhausting the pool of available plate numbers, but also earn extra revenue by charging a fee for the service.

It doesn’t actually need to be for any personal reasons at all that a person would purchase customized license plates. There is absolutely a rather large supply-and-demand chain for custom license plates, and a rather creative individual could earn a respectable amount of income by trading and selling plates. This can even be done by individuals looking to start a business from home.

Personal names for example can fetch a rather hefty price tag. If you’re trying to secure a license plate such as “AL1CE” or “B1LLY-T0M”, you can expect to pay a large sum, and you’ll likely need to go through special license plate brokers who can arrange such rare transactions.

According to Absolute Reg, a company that offers the largest database of personalized car plates in the UK, you don’t need to spend too much on a plate. Even if your first pick isn’t available, databases can offer alternatives that still fit your needs.

Just like anything related to motor vehicles, you’ll want to be very careful who you deal with. Thus, when trying to secure a personalized license car plate, it’s advisable to either go directly through your local motor vehicle bureau, or a respected and accredited company that deals in license plate brokering.

Are vanity plates really so vain?

Because of those Hollywood films talked about earlier, there may exist a public perception that customized plates are rather vain – hence the colloquial term ‘vanity plates’. But it’s not always the desire to flaunt wealth and ego that a person would register for personal plates.

In both of those examples, those plate numbers reflect the professions of the owners. It isn’t like they’re driving around with the plates “D4DDY-W4RBUCKS” or similar.

So in the common populace, this also suitably fits. People choose customized plates that reflect something about themselves. It’s a way of being unique in a rather dull world, where everyone is driving the same models of cars, going home to their square-box homes built in the exact same floor plans.

The actual history of license plates is a rich and varied tale. The whole idea of issuing personal vehicle plates began in the early 1900s, when cars were relatively new on the road. Of course, there existed a need to identify cars as belonging to specific individuals.

In those days, license plates were issued starting at number one and only went into the four-digits. So clearly as vehicles became more common on the road, they very quickly exhausted the amount of available numbers.

They started adding alphabet letters but starting back at number one – so “A1” became the first alphabetical license plate issued. And as they exhausted the number of license plate numbers, they would just switch to a new system every 20 years or so.

History lesson aside, these vintage plates over time became quite valuable, and owned by several famous people. The A1 plate mentioned earlier, for example, is now owned by HRM Elizabeth II.

You can imagine the value of these plates. They’re vintage collector’s items, and so owning them is owning a piece of history, as well as a bit of flaunting of wealth.

Interesting Related Article: “The Most Desirable Classic Cars of 2020“