What Is Going To Happen With Oil Prices?

As an investor, you should know that oil and gas play a big role in the economy at large. When oil is going well, it seems like everything else is on top as well. Unfortunately, oil and gas have hit a rough patch during the past few months. There is a good chance that it is going to continue for many months too. In fact, oil prices may be on their way back down. There are too many factors at play and they’re pushing the prices downward at the moment. Within this guide, you’re going to learn what is going to happen to oil prices and why this is likely going to occur. 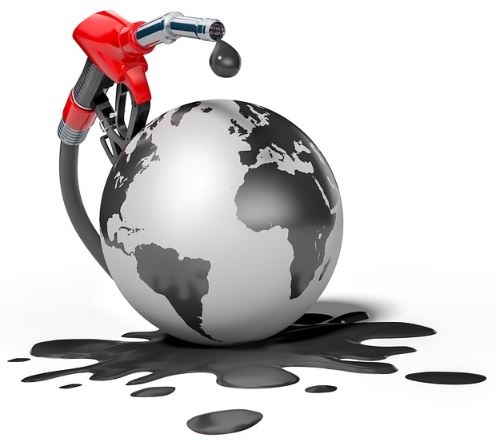 First and foremost, you should know that the shale boom is beginning to cool down. At the beginning of the year, the industry was booming. Exploration and drilling companies were hiring thousands of workers to keep up with the demand. That has changed significantly. Now, the jobs are falling and the boom is slowed. Employment in the oil and gas industry in the United States has dropped significantally as these companies struggle to make up for the declining prices. Oil prices have been decreasing since the 4th quarter of 2018.

In August of 2019, it was said that employment in the industry was 2% lower than it was during the same time last year. And, it is down 4% from the recent peak. The number of employees hired by these companies has decreased by as much as 11,000 jobs. Suffice to say, the industry is dealing with a rough patch right now.

Another thing to note is that oil prices are being pushed down by the President of the United States. A report released on Wednesday said that Trump was thinking about easing sanctions placed on Iran. If this happens, Iran will be able to flood the market with its oil once again. This will create a big problem for the world’s biggest oil and gas companies. This resulted in the price of oil dropping significantly. If Donald Trump follows through with the decision, there is a good chance that oil prices will drop much lower too.

Unfortunately, crude prices are taking hits from all angles. When you take a look at the news, you will find many stories about oil prices falling. This week, EIA data was released. That data showed that crude inventories had dropped more than expected. Oil had a good month with the prices rising more than 7%. However, the direction has changed course during the past few days. With the aforementioned factors at play and the new EIA data, the prices are starting to drift lower. Iraq, which is a member of OPEC, has said that it would consider increasing cuts in hopes of calming demand concerns.

After the data was released, the price of Brent Crude fell 0.19% to end the day at $62.26. Meanwhile, the United States West Texas Intermediate fell 0.61%. It ended the day at $57.05 a barrel. The prices were on their way up but it appears that things have taken a turn. The EIA data showed that inventories of crude had fallen by 6.9 million barrels from the week before.

Analysts expected the inventories to decrease by 2.7 million barrels. The surprise and the aforementioned factors have resulted in the prices decreasing quickly.

Ultimately, it is unknown what is going to happen in the coming months. However, OPEC believes that global production will tick up next year. The organization believes that the shale fields in the United States will be mostly responsible for the production increase. This is pointing toward a tightening oil market domestically. Production has been flat and the demand has increased. Therefore, there is a good chance that this trend will continue. If it does, oil prices will climb higher in the months to come.