What Happens When Insurance Companies Can’t Agree About Who’s at Fault in an Accident?

In many situations, there is enough evidence to determine who was at fault in a car accident. However, there are times when an insurance company is unable to piece together exactly what happened without assistance from an attorney or from other outside sources. Even with outside help, it can still be difficult to reach a final conclusion in order to deliver an outcome to each party involved. 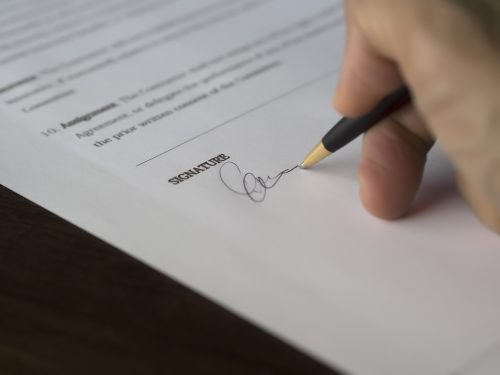 Insurance companies tend to consult with each other to compare notes about what happened during an accident. They will usually look at police reports and review witness statements to get a better understanding of who was at fault. Once a determination has been made, then a settlement can be given to the party who was not at fault in the accident.

At times, there just isn’t enough evidence to make a clear determination as to who caused the accident. There could also be evidence to suggest that multiple parties were responsible when establishing liability when dealing with a car accident.

If insurance companies are unable to reach a final decision, there are a few things that could happen:

Sometimes, the insurance company will send each party a bill for a collection agency instead of trying to collect anything on its own. This means that you would need to deal with the collector and possibly have to pay interest fees or late fees if you don’t work out some kind of solution.

If you’re unsure of whether or not you should be responsible for the bill, then you should contact an attorney to try to fight against the payment that the insurance company claims that you owe

Drivers involved in accidents shouldn’t receive bills from collection agencies. The insurance companies should be able to put together the details that are provided in order to determine who was at fault so that there is not a need to put aside the settlement to a collector. This is why there are lawyers who work with those who have been involved in accidents.

Whether you are the victim or the person at fault, you should consult with an attorney if you don’t feel that the insurance company is being thorough enough in agreeing on who caused the accident.

When someone receives a letter from a collection agency after a car accident, it typically means that the insurance agencies haven’t talked as much as they could or haven’t communicated in a professional manner in order to resolve the issue at hand.

If you feel that the insurance company hasn’t handled the case as it should, then you could talk to an attorney about taking the company to court or small claims court, depending on the damages. This could result in a larger settlement that includes compensation for the time that you’ve had to wait to hear an answer.

In the event that the insurance companies do communicate with each other and are unable to reach a decision, they could decide to offer an equal settlement. This would mean that all of the parties involved would receive an equal share of any money that would be awarded in a settlement instead of the amount being given to one party who was declared the victim.

Medical bills and lost wages are often included in this type of settlement. If there is not enough evidence to clearly show who was at fault, then this could be the best option to consider so that you get some kind of compensation instead of getting nothing at all.