What is a Sybil Attack, and How Can You Protect Your Blockchain? 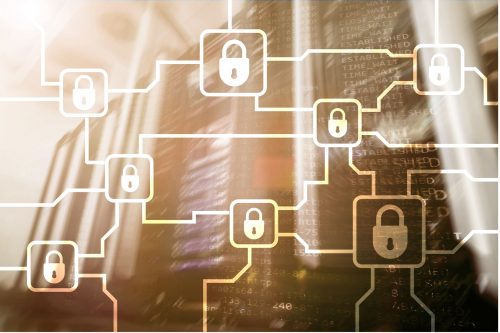 In 2020, the Monero blockchain was hit by a Sybil attack. Threat actors tried to collect sensitive information about users and disrupt the network by creating various false identities.

Inexperienced hackers were ineffective, and the nodes they created to target Monero have been blacklisted since.

Although this attempt was unsuccessful, cybercriminals were active on the network for ten days, and this subsequently raises questions about the security of blockchain technology.

If attackers had used a more sophisticated technique to target the blockchain, the incident could have gone a different way.

Sophisticated Sybil attacks can block real users from the targeted network and create weaknesses in the systems that can be further exploited by hackers. In addition, they open the gate for additional attacks.

For systems that hold cryptocurrency, this could mean that the threat actor can make new transfers or change transactions of real users, as well as allow double-spending.

What is a Sybil Attack, Exactly?

Let’s start with the basics of what is a Sybil Attack. The attack has been dubbed Sybil after a woman who participated in the psychological case study that analyzed her dissociative identity disorder. In cybersecurity, a Sybil attack is a threat in which a single person creates multiple false identities.

Cybercriminals form multiple accounts, nodes, or computers to take over or disrupt the target network. They use multiple credentials to establish themselves as trustworthy within the targeted system.

False identities are created to influence the network and gain authority over the existing accounts.

The goal of the attack is to either take over the target network, get hold of the data that is encrypted behind the technology such as blockchain, or cause disruptions in the system.

The successful attack results in unauthorized access to a network. The system recognizes fraudulent identity as real and allows the perpetrator to use it and make changes in the system.

Who Should Worry About a Sybil Attack?

The primary victims of Sybil attacks are peer-to-peer networks and services — specifically systems that are built on the blockchain and seek privacy and anonymity.

A Sybil attack comes up when we’re discussing security that protects Bitcoin. However, it also has a wider reach than just blockchain.

The possibility of a Sybil attack comes up in the protection of private networks such as Tor as well. Since Tor allows the users to surf anonymously, the worst-case scenario would be that the hackers compromised the privacy of the users who rely on this network.

For example, once the cybercriminal creates multiple nodes that serve as various identities on Tor, they can use them to spy on traffic or even control thousands of nodes.

How to Recognize a Sybil Attack

Companies that rely on technology that is likely to be targeted with a Sybil attack have software that can scan for this type of threat and discover suspicious activity early.

This kind of attack is difficult to spot if you’re a regular user — unless you become the victim of identity theft, lose access to your account, or the criminal orders transactions using your identity.

On the surface, the activity of the threat actors will seem like that of real users with genuine accounts.

The best bet is to have the tools and protocols that can prevent the criminals from even creating multiple false identities or accessing real ones.

How to Prevent a Sybil Attack

Introduce strict identity validation. To avoid any possibility of unauthorized access to their network, businesses utilize both direct and indirect validation.

Direct validation seeks the confirmation of the central authority. Once it confirms that the remote identity is genuine, the user is verified and can continue using the network.

Indirect validation trusts identities that have already been accepted as true ones. Previously verified accounts vouch that new nodes are authentic.

Social networks are another method used to prevent Sybil attacks. Connections within the social trust graphs are analyzed using versatile metrics that indicate whether the users can be trusted.

Another preventative measure can be introducing cryptographic puzzles for every user to determine how much effort every computer invested in solving them. In cybersecurity, this is also known as Proof of work.

Those are only a few solutions from many that companies can combine and use in order to detect suspicious activity and fraudulent accounts within the network.

Which Tools Protect Your Network From Sybil Attack?

The first line of defense against the Sybil attacks should include:

WAF monitors the traffic to filter any unwanted activity such as unauthorized access and cyberattacks.

DDoS protection can mitigate the possible attack in under three seconds, and it seeks the signs of the overwhelmed traffic that could crash or slow down the service.

Account takeover refers to the protection of user logins in the network.

In a nutshell, the Sybil attack is the more complex variant of a single person creating multiple social media accounts and pretending that they are a genuine person.

The main targets of Sybil attacks are peer-to-peer networks that already have a significant number of genuine user accounts.

Successful attacks are concerning for organizations that rely on technology such as blockchain. They want to reassure the users that their funds and identities are safe within the encrypted networks.

A single data leak or incident that involves an identity takeover can cause major damage to an organization’s reputation, not to mention their finances. Therefore, businesses must make sure to keep the trust of their users and set up their cybersecurity in advance.

Considering the possibility of attacks such as Sybil early enables them to set up preventive measures such as strict identity verification and tools that detect and mitigate Sybil attacks before it’s too late, and they get a chance to disrupt the network.