What Is An Affidavit | How Is It Used and Notarized Online? 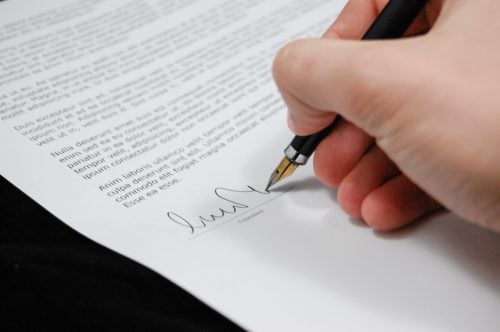 Affidavits are common documents used commonly for a personal reason or a business affair. So, it is crucial for everyone to know the definition of an affidavit and its uses. In simple words, a document that contains a sworn statement of fact and can be used for various legal purposes is termed an affidavit.

Importance of An Affidavit

Many of us have seen a courtroom appearance at least in a movie if not in reality. A witness is presented before the judge who would swear an oath prior to saying anything while standing on the witness stand. The oath is to tell only the truth. Lying after taking the oath can result in prosecution for the criminal offense of perjury.

An affidavit is a written version of this courtroom witness scenario. The only difference is that instead of a judge, other legally authorized officials like a notary public or a certain court or government officer can be present to administer the written oath. The person who makes the statement under an oath in an affidavit is called an affiant.

Both the online notary and the affiant need to sign the affidavit. The affidavit has to be notarized by the notary public just like other documents. The affiant can be subjected to criminal penalties if any of the information contained in the signed affidavit is found to be false. So, before signing an affidavit, it should be made sure that the information written on the document is accurate and there is no false information in it. An opinion of an affiant should not be written as a statement in the affidavit. It should be mentioned as an opinion only.

Types of Affidavits and Their Uses

A witness appearing for oral testimony is usual in court proceedings. But in case a witness is not able to appear in court, an affidavit with the witness as an affiant can be considered in the same way as oral testimony.

Power of Attorney or POA is a legal document that involves 2 parties. The first party is the principal, an individual that provides authority to the second party, the agent to act on the first party’s behalf. The power of attorney can be revoked and it also ends if the principal dies. In some situations, the agent may need to prove that the principal has not died or revoked the POA. An affidavit stating that the power of attorney is still in effect can be used to prove that.

Losing an important document can be a horrifying experience. But in many cases, an affidavit can help as many such document issuing authorities accept an affidavit to release a duplicate copy of the document.

A victim of identity theft must provide an affidavit to affirm the theft to creditors, banks, and other concerned parties. This helps in reducing any possible risks of unauthorised access to the affiant’s assets, or other things protected by their identity.

Online Notarization of An Affidavit

The general procedure for a RON of an affidavit is:

Step 1: The affiant will upload the document with the oath and information part of the structure.

Step 2: Through the RON platform, the notary gets notified about the document once it is uploaded.

Step 3: The affiant gets to the RON platform to start authentication.

Step 4: The notary starts an audio-video chat with the affiant.

Step 6: The affiant signs the document followed by electronic notarization of the affidavit by the notary.

Step 7: A copy of the affidavit is shared with the affiant.

Step 8: A copy of the audio-video chat recorded for the authentication process along with other information regarding the affiant and document is uploaded to the notary’s digital journal.

Step 9: The RON service provider stores the recorded video and other related data according to state law.

An affidavit form has a structure consisting of 4 parts. It will be considered invalid without any 1 of these parts.

An affidavit can be used in situations other than court proceedings too. There are many scenarios where an affidavit can solve a problem. For example, to verify the owner of a property or to verify the marital status of a person to provide certain kinds of benefits. These affidavits fall in the general category of affidavits.

Interesting Related Article: “What Kind of Businesses Benefit from a Notary?“