What is an API and how does it work?

People are using modern software and they don’t understand the complex logic associated with these sophisticated programs. For instance, we all love to play small online games. The user interface is great and it attracts tons of visitors. But if you dig into the details you will understand how much effort the front end and the back end developers have given into the project. Developing a perfectly tuned project for the customers is hard. Most of the projects require complicated API so that readers can get vital information from the server end without having any trouble.

What is an API?

API stands for Application programming interference. Those who are relatively new to the software industry might not understand the importance of API. But if you read the elaboration form you might understand that it allows the readers or the users to get sophisticated programming code into a readable format. It acts more like an interpreter. 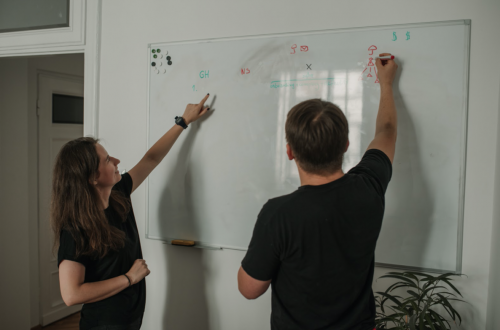 Let’s say you have request specific information via your mobile platform and request is then sent to the server-side. The server processes the request and sends it back to the users. But the users don’t have the skill to understand the machine language. API converts such complex terms and presents it in a readable format.

Exchanging information from the user end to the server end often results in a data breach. But with the help of API, such events can be lowered to a great extent. Think about amazing, Google, Facebook and other tech giants. Do you think the users are getting full access to the servers? The obvious answer is NO. Users’ request is being processed by the API and sent in a formed of encrypted packet. Once it hits the server end, the request is processed according to some specific algorithm. After that, the data are sent to the user end in an encrypted media which is then translated in the human understanding form via API.

The API adds a new level of experience to the users. In the past, the users had to rely on the embedded coding of any program. But now things are completely different. Companies are bringing a huge change to their existing software by integrating modern API which helps the users to interact with the servers end in a more meaning full way. Moreover, if you want to scale your business, you must add more service to the users regularly. Without the help of API, it will not be possible. You have to develop the project from scratch which is a very time consuming and hectic issue for the users. To solve these issues the brilliant coders are now using the API technology to make things better.

When it comes to the future of API possibilities are endless. Human wants are unlimited and the developers are always struggling to meet the ongoing requirement of the clients. But things have changed a lot after the implementation of API in modern software and web applications. Based on the user information the developers can easily add a bunch of codes and create new features for the software via API. The potential scope for the API in this modern world is huge. If you want to keep pace with the changing world, you must learn to take advantage of the API. Once you understand its true importance, you are not going to have trouble to meet the ongoing demand of the customers.