What is Crypto Mining, and how Does it Work? 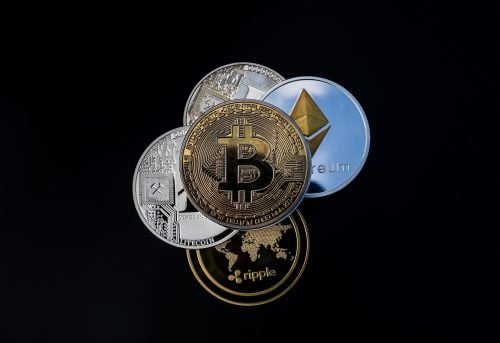 The process of putting new bitcoins into circulation is known as bitcoin mining. It’s also how the network confirms recent transactions, and it’s an integral part of the blockchain’s upkeep and development. “Mining” is done with high-tech hardware that solves a complex computational arithmetic problem. The process is restarted when the first machine solves the puzzle and obtains the next block of bitcoins.

Cryptocurrency mining is time-consuming, expensive, and only seldom profitable. On the other hand, mining has a magnetic appeal for many cryptocurrency investors because miners are rewarded with crypto tokens in exchange for their efforts. This could be because, like California gold prospectors in 1849, entrepreneurs perceived mining as a gift from above. Why not do that if you are tech-savvy?

Miners receive a bitcoin reward as an incentive to help with the primary goal of mining, which is to validate and monitor Bitcoin transactions to ensure their legitimacy. Bitcoin is a “decentralised” cryptocurrency, meaning it is not regulated by a central authority such as a central bank or government because many people worldwide share these obligations.

Creating new units of digital currency is known as cryptocurrency mining. Here’s how it works, the advantages and disadvantages of buying your mining setup and the environmental impact of going all-in on Bitcoin.

You undoubtedly know how to buy and sell Bitcoin on a marketplace, but how digital currencies are created is a little more involved. This is where Bitcoin mining comes in, the act of creating, or “mine,” new units of the money and introducing them into the market. But how does it operate, and why is it so harmful to the environment? Everything that you need to know is right here.

However, before you put your time and money into mining, read this explanation to discover if it’s right.

What Is a Mining Rig and How Does It Work?

The motherboard, CPU, RAM, GPU, RAM, storage, and power supply are all included in a standard rig. As mining has progressed, more complex setups and specialized equipment have been developed to increase processing capacity. The initial miners relied on their home computers with only one CPU.

Miners have had to adapt since mining even a single unit of Bitcoin can take a long time. This entails pooling numerous high-end graphics cards to process more equations at once. As a result, more electricity, better cooling, and a mechanism to exhaust all that heat are required, raising the cost of mining. The increased demand for graphics cards among miners contributed to increased scarcity and subsequent price hikes on the secondary market during the COVID-19 pandemic.

Another common alternative is investing in pre-configured mining hardware, like an Application-Specific Integrated Circuit (ASIC) miner. These are essentially microprocessor banks with a cooling system attached. People can also join in building mining pools, pooling their processing power and splitting the benefits for any mine blocks.

What Is a Hash Rate, and What Does It Mean?

“Proof of work” equations are the questions that the system generates and that Bitcoin miners solve. Miners must provide the correct 64-digit hexadecimal number to answer the question correctly. The reward for that block goes to the miner who correctly guesses a number or hash that is equal to or less than the goal value. Of course, if a miner wants to make money, they’ll need a rig to calculate the hash faster than the competition. This is when the hash rate enters the picture.

The difficulty of any new proof of work challenge stems from the number of alternative solutions a machine must sift through to determine the correct hash. That continual calculation necessitates enormous quantities of energy and power, particularly in the case of mining farms that employ banks of mining rigs that mine new Bitcoin around the clock.

Why Does Bitcoin Require Miners?

The computational labour that nodes in the blockchain network do to earn additional tokens is called “mine.” Miners are being compensated for acting as auditors. They oversee ensuring that Bitcoin transactions are legitimate. Satoshi Nakamoto, the founder of Bitcoin, devised this standard to keep Bitcoin users honest. 1 Miner help to prevent the “double-spending problem” by confirming transactions.

Double expenditure is a scenario in which a Bitcoin holder illicitly uses the same bitcoin twice. This isn’t an issue with actual currency: when you hand someone a $20 note to buy a bottle of vodka, you no longer have it. Thus, there’s no risk of them using it to buy lottery tickets next door. Though counterfeit money is a possibility, it is not the same as spending the same dollar twice. “There is a possibility that the holder could make a clone of the digital token and give it to a merchant or another party while retaining the original,” according to the Investopedia glossary.

Let’s pretend you have one genuine $20 bill and one fake $20 account. If you tried to spend both the actual and counterfeit bills, someone who looked at the serial numbers on each would notice that they were the same, indicating that one of them had to be phoney. A blockchain miner works similarly, checking transactions to ensure users have not attempted to spend twice the same bitcoin. This isn’t a great analogy, as we’ll discuss further down.

What’s the Point of Bitcoin Mining?

Mining has another vital purpose besides filling miners’ pockets and supporting the Bitcoin ecosystem: it is the only way to release new bitcoin into circulation. To put it another way, miners are essentially “minting” currency. For instance, there were just under 19 million bitcoins in circulation in March 2022, out of 21 million. 2

Aside from the currencies created by the genesis block (the first block created by founder Satoshi Nakamoto), miners are responsible for making all bitcoins. Bitcoin as a network would continue to exist and be helpful in the absence of miners, but no new bitcoin would ever be made. However, because the rate at which bitcoins are “mined” decreases over time, the final bitcoin will not be circulated until around 2140. This isn’t to say that transactions won’t be confirmed. To maintain the integrity of Bitcoin’s network, miners will continue to validate transactions and be compensated for their efforts. 3

To earn fresh bitcoins, you must be the first miner to solve a numeric issue correctly or as nearly as possible. Proof of work is another name for this procedure (PoW). To begin mining, you must first engage in this proof-of-work activity to solve the problem.

There is no advanced mathematics or computation involved. You might have heard that miners solve challenging mathematical problems—this is correct, but not because arithmetic is complex in and of itself. They’re attempting to be the first miner to generate a 64-digit hexadecimal number (a “hash”) that is either less than or equal to the goal hash. It’s essentially a guessing game. 1

So, it’s a matter of chance, but with billions of possible estimates for each of these problems, it’s a tremendously difficult job. With each miner who enters the mining network, the number of feasible solutions (also known as the mining difficulty level) grows. Miners require much computational power to solve an issue initially. You’ll need a high “hash rate” to mine successfully, which is measured in gigahashes per second (GH/s) and terahashes per second (TH/s).

Being a coin miner can provide you “vote” power when changes to the Bitcoin network protocol are suggested and the short-term payoff of newly generated bitcoins. A Bitcoin Enhancement Protocol is what it’s called (BIP). In other words, miners have influenced decision-making in areas like forking. The more hash power you have, the more votes you must cast to support such schemes.

Bitcoin mining is the act of creating new units of digital currency and introducing them into the market. “Mining” is done with high-tech hardware that solves a complex arithmetic problem. Miners are paid in bitcoin to complete “blocks” of validated transactions and add them to the blockchain. The initial miners relied on their home computers with only one CPU. As mining has progressed, more complex setups and equipment have been developed.

Mining involves pooling numerous high-end graphics cards to process more equations at once. The increased demand for graphics cards contributed to increased scarcity during the COVID-19 pandemic. Mining is what miners do to ensure that Bitcoin transactions are legitimate. They help to prevent the “double-spending problem” by confirming transactions. To put it another way, miners are essentially “minting” currency.

There were just under 19 million bitcoins in circulation in March 2022, out of 21 million. Miners are responsible for making all bitcoins. To earn fresh bitcoins, you must be the first miner to solve a numeric issue correctly. Being a coin miner can provide you “vote” power when changes to the Bitcoin protocol are suggested. The more hash power you have, the more votes you must cast to support such schemes.