What Is the Difference Between Rummy and Gin Rummy? 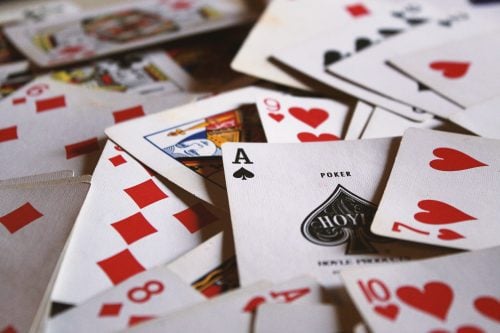 Rummy has been a fun-packed and challenging game for ages. It offers an exciting experience to each player. It is a 13-card game played by two to six players. In recent years, rummy has gained popularity around the world because it is accessible online and available in different variations, one of which is Gin Rummy. It is a fast-paced game that improves your planning skills, concentration, and memory. In the digital avatar, you can have a lot of fun not only with your family and friends but also with strangers.

While talking about these two types, a question must strike your mind; what is the difference between the two versions of Rummy? We can help you to find the difference as given below.

Number of the players

Usually, in Rummy, the number of players is two to six, while in Gin rummy it is either two or four.

How you can choose the dealer

While playing rummy online, card dealing is done automatically. There is no such person to do it. In contrast, the Gin rummy player chooses his/her card from the shuffled deck.

Purpose of the game

The main objective of Rummy is to create a set or sequence to achieve a specific score. On the contrary, the Gin rummy player makes a valid set and it will last until a player lays down their hand.

How you choose the card

The basic difference between the two is that a Rummy player has to draw a card from the discard pile while a Gin Rummy gamer has a choice to choose the top card from an open or shuffled deck.

Cards with faces in Rummy are worth 10 points each and cards with numbers are worth their number. And if you are going Gin, you score 25 and the second way to determine the score is to find the total value of the deadwood card.

Rummy is played with jokers, in contrast, Gin rummy has no jokers. And if we talk about Aces, in Rummy, you can have the highest as well as the lower value of aces. While in Gin Rummy, the aces have the lowest value.

For improving your hand in Gin Rummy online, you should know about melding cards and removing deadwood.

Here are a few terms related to the Rummy game that every player should know.

To win a Gin Rummy game, a player has to reach the agreed points which are usually 100. If it does, he leads to winning the game. Let us learn it step by step.

In the case of Rummy, the rules are a bit different.

Rummy and Gin Rummy games are two different variations of an individual card game. This is why there are not many differences between these two games. So, if you know any one of these games, you can easily learn to play the other one. Learning and playing these two games are more fun and rewarding if you are playing them over the online gaming platform of GetMega. This highly popular online gaming platform in India lets users play such card games whenever they like and win real cash in no time

GetMega is a safe and secure gaming platform where all the profiles are 100% verified. Thus providing the right kind of security that you need. Finally, along with card games, you can also play other skill-based games such as 123, GK, Fruit Kaat, Carrom, Pool, etc. Want to make the boring and regular family gettogether a bit spicier? What could be better than playing the best team game ludo with a twist added to it? Download the Ludo Supreme Gold app now to play your favourite family and win exciting cash rewards with more wins and high scores!

Interesting Related Article: “How Many Styles Of Poker Are There?“