What is the fastest immigration process 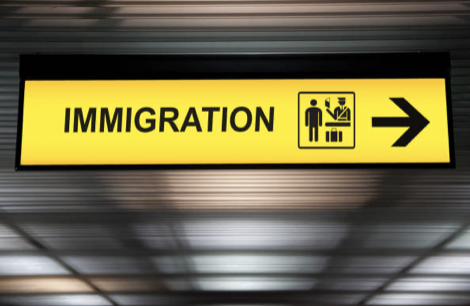 LPRs are issued Alien Registration Cards, popularly referred to as green cards, which permits them to live and work legally in the country.

There’s no doubt that becoming a legal permanent resident can take some time depending on a number of factors, but is there one path to a “green card” that is quicker than others?

For the family-based side of immigration, the absolute fastest way to qualify is as either the spouse, unmarried child under 21 years old, or parent of a U.S. citizen who’s over age 21. These are all considered “immediate relatives,” who are immediately eligible for immigrant visas, without any yearly limits or resulting wait.

The categories that are listed in the Bulletin under Family-Sponsored Preferences include:

Among these so-called “preference relatives” (not immediate relatives), the shortest waits are usually enjoyed by spouses and unmarried, under-21 children of U.S. permanent residents, generally between two months and two years. But everything depends on demand, or how many people apply prior to you.

Though the wait times for employment-based immigrant visas are fairly short in most categories, the application process requires a huge amount of work and documentation from both the immigrant as well as the sponsoring employer. And also, the standard qualification criteria can be quite demanding in terms of candidates’ job skills, education, and experience.

Here are the actual categories:

Overall, if you have an employer willing to sponsor you under the First, Second, or Third Preference categories, or if you have the funds to invest under the Fifth Preference program, you will have a shorter wait time to acquire permanent residence than others.

You may have heard the Diversity Immigrant Visa (DV) program described as a “lottery” for green cards. This is not far off the mark.

U.S. immigration law makes available 55,000 immigrant visa numbers for foreign nationals from nations that have low numbers of permanent residence applications to the United States. If you fulfill the minimum educational criteria, can show that you’ll be able to support yourself financially in the United States, and do not have issues such as previous criminal activity, immigration violations or other problems that would make you inadmissible, you can apply under the DV program for an opportunity to be randomly chosen and assigned an immigrant visa number immediately.

Getting Help in Your Quest for U.S. Legal Permanent Residence

When it comes right down to it, permanent residence in the United States is not easily acquired. However, there are certain courses which can make the amount of time you have to wait for a green card much shorter. Speak to a premium, licensed immigration lawyer in Santa Ana about the possible paths you could take to acquiring a green card.

Interesting Related Article: “The Importance of Having a Reliable Immigration Consultant“