What Makes the Design of the Squid Game Business Card so Enticing? 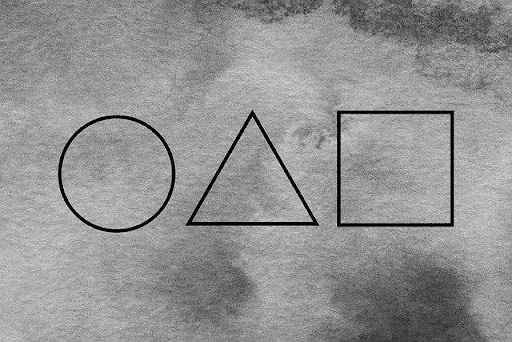 Squid Game created a significant wave in the movie industry after its release on 17th September 2021. Consequently, its demand and popularity have led Netflix to announce a release of season two. Apart from the interesting scenes in the show, Squid Game has sparked conversations about socio-economic matters.

One of the most interesting things about the series is the Squid Game card. The business cards play a significant role in the show’s plot. Albeit the cards promote wicked activities, one can’t stop but think about the significance of business cards, considering we live in a digital era.

Although the cards have a simple design, stock, and typography, they’re full of symbolism and deep meaning. The cards are used to recruit players who are all in debt. The players are supposed to take part in gruesome games, whereby the winner gets $38.6 million.

Here are some of the most interesting things about Squid Game’s business card.

Squid Game’s business card has a simple yet insightful design. The symbols on the card are those you normally see on a game console – specifically, PS4, PS5, and Xbox. They are significant because the series revolves around several contestants participating in nefarious games. However, they’re usually forced to play.

Additionally, the symbols on the business cards are Hangul, the letters of the Korean alphabet. They spell out the initials OJM, which stands for Ojingeo Geim, which translates to Squid Game in English. You’ll also notice that these symbols transform into the series’ title. And that means the business cards play a crucial role in the show.

Interesting Things about the Business Cards

These business cards also apply in the real world, whereby businesses use them to connect with clients. Here are a couple of reasons why the business cards worked perfectly in recruitment.

First impressions matter a lot and don’t come with second chances. Squid Game’s business card was instrumental in connecting the players with recruiters because it helped create a great first impression.

The business card has the organization’s symbol and its number on the back. The symbols tell potential players what they’ll be getting into – a game. It is what grows the interest of the players and is ultimately more powerful than digital communication channels, such as texts and emails.

Another enticing factor Squid Game displays is how business cards prove instrumental marketing tools. When a person gives you their business card, they’re directly marketing to you. In Squid Game’s case, the cards entice people to join the Game, hoping they’ll win and offset their financial burdens.

Moreover, the business cards have unique symbols. Whenever another person sees the card, they’ll know it’s related to your business. For example, the detective in Squid Game sees the card and identifies the branding. It prompts him to ask questions about the card in an attempt to figure out what it means. His pursuit of answers eventually leads him to the Game’s headquarters.

Business cards give people control of their branding

Business cards allow businesses to create a unique brand. Usually, a business card has a company’s unique symbols and logo that allow people to distinguish one business from the other. As seen in Squid Game, the salesman/recruiter issues simple business cards.

Regardless of their simplicity, the cards contain the Game’s unique symbols. The symbols depict gaming features, and the show revolves around several challenging games. Therefore, a business card allows you to take charge of your brand.

The business card allows you to design it in a way that only represents your business. The design elements represent your brand’s look and feel, allowing you to communicate to your potential customers effectively.

Business cards keep your business in the mind of its customers

A business card acts as a physical representation of your customers. You have to present the card yourself or use a salesperson to accomplish the same. The card is unique in every organization; therefore, it can only communicate your company’s message.

Notably, Squid Game’s business card has a circle, triangle, and square. Consequently, when the salesman hands it to potential players, they automatically know they’ve been invited to participate in a gaming contest.

The best thing about this representation is that the cards can also be used as loyalty or appointment cards. Unlike digital forms of communication, a business card will hardly get lost in a pile of messages or notifications. Squid Game takes advantage of this aspect and uses it to communicate to target players effectively.

You may be interested in: 3 Ways to Make A Good Impression on Your Customers