What To Consider When Hiring From Europe 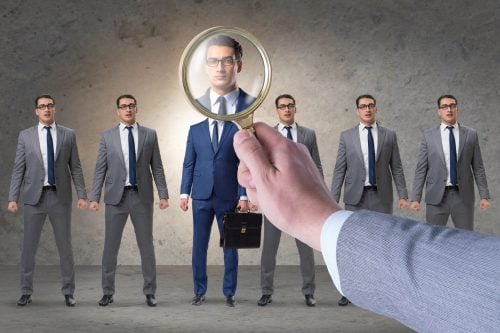 Hiring employees from Europe and more specifically the European Union (EU) has changed. Since the UK officially and properly left the bloc in January 2021, new rules and regulations were automatically set in motion. There are now many more factors for businesses to consider when hiring workers from Europe.

Since the freedom of movement for the UK ceased to be, employing European workers in the UK now requires more stringent measures. With the new complexity comes a deeper need for understanding. That’s where business immigration solicitors can help go through the fine details and make sure everything is in order and that businesses stay on the right track to legally hiring workers from Europe.

In this article, we’re going to go through the main points of what you’ll need to consider when hiring from Europe.

A right-to-work check is used by the Home Office to verify that workers have the right to work in the UK. You must check an applicant is allowed to work in the UK before you employ them, or you could face a penalty.

If a European citizen you wish to employ submitted for the EU settlement scheme, then you can hire them as if the UK never left the EU. But for other Europeans who want to work in the UK today will need to go through a right-to-work check.

To employ a worker from Europe, including unpaid posts such as internships or charity work), you’ll first need to become a sponsor and obtain a sponsorship license. This license allows employers to employ citizens of the EU, including citizens of Iceland, Liechtenstein, Norway and Switzerland. Irish citizens, however, retain a special status and you won’t need this license to employ them.

You also won’t need to be a sponsor for those who arrived in the UK before December 31st 2020 and have settled or pre-settled status under the EU Settlement Scheme. Those with indefinite leave to remain in the UK are also exempt from needing this sponsorship and can work freely in the UK. It’s worth noting, however, that becoming a sponsor for an employee from Europe doesn’t guarantee they’ll be able to come and work in the UK.

Are they considered a skilled worker?

After the UK left the EU and began drawing up its own rules and regulations for immigration and work, it carved a unique path for particularly skilled workers. If you’re hiring people from Europe or anywhere else in the world under the Skilled Worker route, you’ll need to demonstrate that:

If the job you’re offering will pay less than £25,600 but no less than £20,480, the applicant may still be able to apply by trading off points on specific characteristics against their salary. An example would be if they have a job offer in a shortage occupation or have a PhD relevant to the job.

For health and education occupations, which the UK is prioritising, there are different salary rules. This also applied to ‘new entrants’ starting their careers. The Immigration Rules Appendix Skilled Occupations has further information on the specific salaries for these types of workers.

There’s a lot more to consider when wanting to employ people from Europe. But these are some of the major overarching factors that all employers will need to consider before employing anyone from Europe. These factors give a broad overview of what’s to be expected now that the UK has left the EU.