What To Do If You Smash Into Another Vehicle 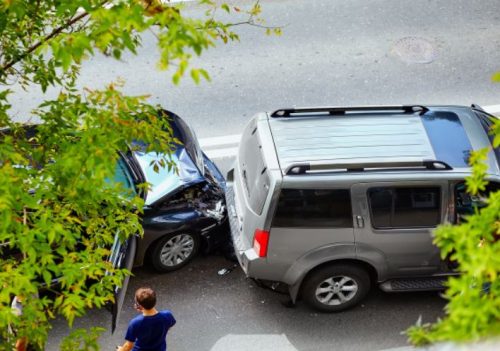 Smashing into another vehicle while driving is terrifying, especially if you think it’s your fault. You’ll need to figure out whether or not you’re okay, plus you’ll have the other vehicle and its passengers to think about.

Is anyone still trapped inside their car? Will you end up facing vehicular manslaughter charges? A million thoughts will be buzzing around in your mind, so let’s look at a few things you can’t forget if the time comes.

Everyone will tell you to stay at the scene after an accident, whether it’s top litigation professionals or random people on the street. Most people who flee from scenes don’t disappear because they’re pure evil.

It’s usually because they’re absolutely terrified and acting on instinct. Even though your brain will be telling you to protect yourself, you must stick around. You will get in lots of trouble if the police need to find you.

You should call the emergency services once you’ve checked everyone is okay. It’s worth calling an ambulance, even if nobody is seriously hurt. You want everyone to be checked by a medical professional if you’re at fault.

It’s less likely someone will try to make false claims about injuries at a later date. You’ll need to call the police too, but don’t mention anything about being at fault. Let the police figure that out on their own.

Don’t give any concrete answers when speaking to people. If the paramedics ask if you’re in pain, tell them it hurts a little even though you can barely feel anything. It’s not lying if your body doesn’t feel 100%.

Refrain from telling the police anything specific unless you’re completely sure. Just say you’re unsure if necessary. People can use what you say against you later, which is harder if your answers are ambiguous.

If you’re involved in a car accident in Ontario, Brampton criminal lawyers will ensure you’re looked after. It will help when you’re dealing with the insurance company. You won’t say the wrong thing when speaking with them.

The police may press charges, but it will depend on a number of factors. Good lawyers will help you fight the case to the best of their ability, so it’s less likely you’ll end up spending time behind bars.

You shouldn’t sit around waiting for the police to do everything. It’s okay to start gathering evidence once you know everyone is fine. Take as many photographs as possible, but don’t hassle the police while they’re working.

If people are standing at the scene, ask for contact details. A witness could have vital evidence that will help your case, which everyone else might miss. Make sure the people in the other car give honest statements.

You Must Try To Relax

I know it’s a serious situation that could destroy your life, but you must try your hardest to relax because the scariest part is over.

Interesting Related Article: “The Best Procedure to Take After a Car Accident for New Drivers“