What Type of Power Inverter you Should Choose? 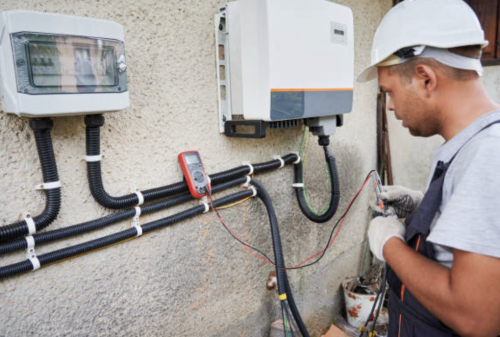 A power inverter is a device that converts direct current (DC) power, which is stored in a battery or obtained from a solar panel, into alternating current (AC) power, which is the type of electricity used in most homes and businesses. The AC power generated by a power inverter can be used to run appliances, electronics, and other devices that typically require AC power.

Power inverters are typically rated by their power output, which is measured in watts. It is important to choose a power inverter that is capable of supplying enough power for the devices and appliances that will be connected to it.

What Type of Power Inverter you Should Choose?

In general, pure sine wave inverters are considered the best type for most applications, as they can power any type of appliance or electronic device. However, modified sine wave inverters may be sufficient for some uses, and may be a more cost-effective option. It is important to consider the specific needs and requirements of the devices that will be powered by the inverter when choosing the best type.

Reasons to Use Power Inverter:

There are several reasons why someone might choose to use a power inverter:

Overall, power inverters provide a convenient and flexible way to generate AC power from a DC source, and can be used in a variety of situations where AC power is needed.

When choosing a power inverter, there are several factors to consider to ensure that you get the right unit for your needs:

Overall, it is important to carefully consider your specific needs and requirements when choosing a power inverter to ensure that you get the best unit for your application.