What You Need to Know About the Japanese Gambling Market

For the last century, Japan’s official stance on gambling has been notoriously strict. However, the country’s participation in those games which led to the industry date back to the 7th century. In the years since, a silent war has been fought between two influential traditions: that of putting money on the line, and the honour with which Japan has long been associated. 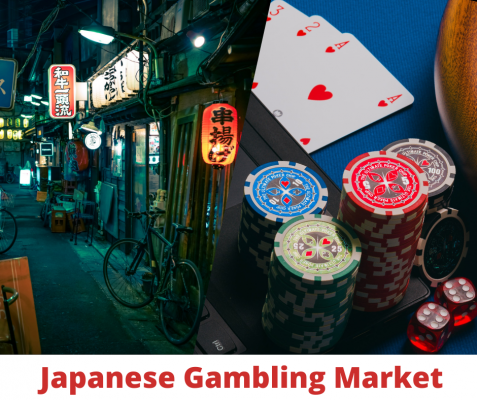 This battle came to a head in 1718, when the first petty betting was tolerated. Gambling saw classification for the first time, into the legal and the illegal. Various dice and card games steadily gained popularity until 1907, when the Japanese Penal Code placed a seemingly indefinite ban on all gambling activity. From then on it was a game called Pachinko – which cleverly escapes the classification of gambling – that took the nation by storm. Recent times have seen this storm subside somewhat, and Japan is hurtling towards a totally new horizon.

The 1907 ban was still firmly in place until very recently, and rendered Japan – a country with a rich gaming history – one of the strictest government’s on gambling in the world. So, you might be wondering how they even have an online gambling market; after all, it is illegal, right?

Online gambling is technically illegal in Japan, but that doesn’t stop Japanese gamers from logging onto foreign casinos. The Internet is like international waters, in a way; the closest coast isn’t necessarily that which has jurisdiction. If someone wants to gamble in a foreign casino, then it isn’t really Japanese gambling – the country’s laws haven’t been broken. As such, the massive industry that is online gaming has a very large fanbase in Japan, and sits atop a throne alongside pachinko as the reigning avenue into the gambling world.

How do Japanese players find sites to play on to begin with? As a lot of sites are blocked from a Japanese IP they turn to sites like 6takarakuji.com which gives guidance and reviews popular online casinos for Japanese players. For example, here is their popular guide on selecting an online casino which explains everything from the legality through to picking a provider.

If gambling is legalized in the country, it is sure to provide an enormous market; many gambling operators and casinos have already staked their claim in this potential future, and the government is moving quickly in its direction.

The Integrated Resorts Implementation Bill (2018) was a huge milestone for Japan and the gambling industry. Bowing beneath the weight of a populace soaked through with pachinko passion, and the potential wealth which the gambling industry promises, Japan finally paved the way to a future where legal casinos may be built on their land.

This bill’s most significant accompaniment so far has been the founding of a Japanese casino management commission. The board was set up in January of 2020, when the first licenses were originally expected to have been given; its main purpose – aside from the safe and over-the-counter setting up of casinos – is to combat gambling addiction, which a number of Japanese people already suffer from as a result of Pachinko.

Though the IR Bill was a promising and revolutionary step in Japanese history, its actual effects may not come into play for some time. With the sudden hitting of the Covid-19 pandemic, and the resignation of Shinzo Abe as prime minister in September, the bill has been somewhat delayed. It was once thought that the first casinos would hit the ground this year, but it has now been made clear that this will happen no earlier than the year 2025.

For now, the dominant Pachinko will continue its duty in providing the Japanese people with the thrill of a bet; however, the IR Bill is very much a reality, and even though its physical implementation has been pushed back, Japan is sure to welcome its first resorts sooner than anybody would have guessed ten years ago.

The market for Pachinko in 2018 saw the first increase in what was – thanks in part to the rise of online gambling – a steady decline. In this year, the market-size was close to 120 Billion US Dollars. That’s a lot of money for a kid’s game from Chicago.

Pachinko was originally a much simpler game; it consisted of a wooden board studded with pegs, and a ball which the players had to shoot through them. It was called Corinth, and had its origins in Chicago, USA. When it came to Japan, kids began to call it ‘Pachi Pachi’ due to the noise the ball made against the pegs.

With the rise of technology, the popular game was backed to become a much bigger market; it was included in the first Japanese game room in 1930, and began its national take-over. An influx of metal and technology from WW2 led to the mechanization of the game into a closer version of what it is today, minus all the bells and whistles of modern electronics.
How Pachinko avoids the classification of ‘gambling’ is quite simple, really; the rewards earned are given in a separate building, so there’s no over-and-back monetary transaction.

There’s no telling what will happen in the craziness of today’s world, but the IR Bill is an exciting plot-line to follow, and will surely enrapture many international gambling elites. As of right now the Japanese people can still enjoy Pachinko and online gaming, and until the first casinos are realized, these industries will continue to dominate Japanese gaming.