What’s Up with Those Handmade ‘We Buy Houses’ Signs Around Phoenix?

A casual drive through the suburban streets of Phoenix, Arizona recently led to us like many other visitors from out of the city discovering an unusual number of handwritten signs reading “We Buy Houses“. Some had a Call to Action like “Call Now for the Best Offer”, others were more enticing like “Get Cash Today.” 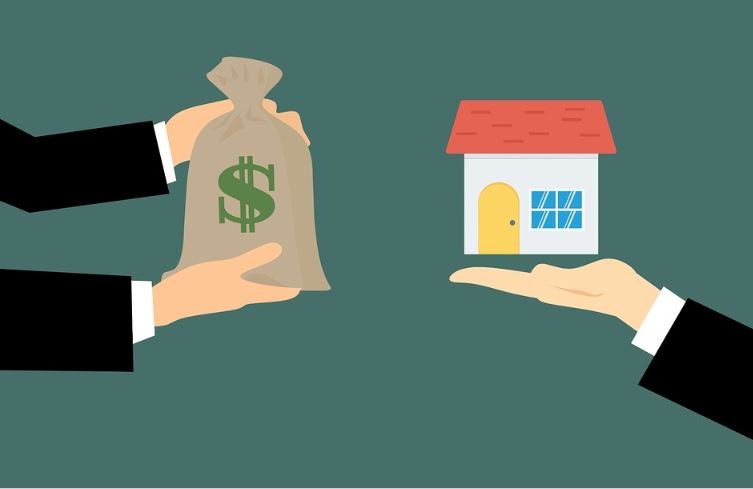 Interestingly even Phoenix locals have no idea what’s going on. Some of the folk we asked said that some of the signs popped up overnight to bump up the value of property in the area.

However, not the type to believe in conspiracy theories, we set out to discover who was responsible for all these signs. More importantly, we wanted to know why so-called cash for home companies interested in the city’s property market.

Why Aren’t the Signs Fancy?

Many if not all of the signs promise to buy a home for cash. Some homes in Phoenix are a few hundred thousand dollars. On average, the person posting the sign will need to pay upwards of $150,000 cash for a home.

So, the question is if they have all this money, why not invest in a fancy, perhaps more professional looking sign? If anything these signs have made some people suspicious assuming that a group of people attempting to run a scam.

Interestingly not all the signs are handmade, some are professionally designed and attractive. We decided to call up a couple of the numbers advertised to find out what was going on. The first call was to a business that posted a sign saying “We Buy All Homes.”

The man behind the sign was a realtor, who had been in the business for a while and because things were fairly slow decided to snap up a few homes to build up his investment portfolio. He was willing to pay cash fast for homeowners wanting to sell for a few thousand dollars under current market value. He, of course, wanted to make a profit once the market recovered. It was pretty much the same story with the other numbers we called.

Apparently, these signs are by a few legit companies, who are chaptalizing on the fact that some homeowners are desperate (for whatever reason) enough to sell for a few thousand dollars less. After all, selling a home isn’t exactly a week-long process if you take the regular route. It can take weeks to close a deal on average in Phoenix.

Now to answer why these signs aren’t fancy, it’s simple really. None of these businesses wants to invest a great deal of money into attracting people. If someone wants to sell, they need only to know where to call them.

So, there is no point in spending a few hundred dollars on a fancy sign when they can spend the same amount to have dozens of low-quality signs posted across the city. Plus, some businesses allude to the handmade signs being effective because it makes the buyer appear local.

How Does the Process Work if You Want to Sell?

The process as we soon found out is pretty standard across most if not all of these businesses. When a prospect calls up one of the numbers, it is often answered by a seasoned realtor. The realtor will ask a series of questions, mainly pertaining to the location of the property, its condition, etc. all of which go into determining the value of the home.

Then based on the answers such as if the owners currently have a mortgage, or if the property requires extensive repairs, they will decide if it is worth purchasing. If it is found to be lucrative, a preliminary cash offer is made.

Interestingly most of these services will close sales within a few days, some as little as 48 hours. However, the tradeoff here and something we mentioned earlier is that homeowners are willing to accept an amount slightly under market value.

Generally, the offer is for 70% of the home’s estimated market value, which can be negotiated to a certain extent. Also, some businesses tend to offer more money.

The upside to selling for cash apart from the fact that the transaction moves quickly is that their sellers don’t need to pay realtors a commission. It also saves the homeowner from having to spend sometimes thousands of dollars in repairs so that the home is presentable.

Can the Companies Putting the Signs up Be Trusted?

Now that’s an excellent question because there isn’t just one company putting up these signs in Phoenix. In fact, quite a few companies are doing this, and not all of them are equal.

For starters putting up these signs isn’t exactly legal. It is a Class C misdemeanor which is punishable with a fine that’s maybe around $2000. However, this tells you that these companies are willing to skirt the law, which isn’t the best first impression. While many of these companies will give you cash in exchange for transferring the property to them, you always want to deal with one that does not break the law.

Fortunately, there are a handful of trustworthy businesses that buy homes and don’t engage in putting up hundreds of signs across the city. However, finding them takes more than just driving down the street. You can find some of these services on Google Maps, and read the reviews associated with them.

Our two cents would be to get a few offers after speaking to as many of these companies as you can. The goal should be to find a credible company that will close the deal and pay within a week.

The decision to sell your home for cash is a personal one. We can’t advise either way. However, if you do decide to take this route, make sure to find a company that’s reputed and backed by excellent reviews.